Lace Market, Nottingham: How the War Changed Fashion HERE
movie: The Lacemakers
﻿Movie: THE LACEMAKERS The Forgotten Story of English Lace
is an epic saga that covers the origins of fashion and the industrial revolution. It’s a story of progress, of modernity and of inventions that helped revolutionise the way we work, dress and live today.
cluny lace
..shared in facebook here
Report -St Ann's Lace workers 1969
Notts heritage - lace
nottingham lace memories
life in the last lace factory
TRANSCRIPTION OF "LIFE IN THE LAST LACE FACTORY" HERE
​
the nottingham lace industry
Nottingham Archive resources
6min silent film about lace making circa 1930's
﻿Is there anyone else here old enough to remember the lace outworkers?
Grandma and aunties would have bags of lace that would have to be snipped and trimmed...
My cousins and me would be enlisted in drawing the threads to separate the lengths of narrow lace, and to use fine scissors to 'scallop' the doilies from the lengths of lace.
click here to join this conversation
I remember some of my friends mums doing out door work

Yes, they used to sit on the doorsteps in summer to do their lace work.

My friend's mum was a net mender, I remember her hands worked like lightening

My mum had our front room full of lace edged hankies that she had to fold and pin them into presentation boxes. I would help her by getting the boxes ready. Dad wasn't allowed in because he was a printer and came home with black hands.

Thanks for the shared memories. Whilst researching my ancestry I found that many of the ladies were involved in that industry in some way or other. One of my most enduring memories is of snipping away with those scissors... and finding the right threads to pull (wish I had the eyesight I had back then!)

I used to do the drop off and pick up run with the pulled lace wrapped up in a clean sheet on an old wobbly pram - didnt do much for the street cred.........!The house was on Cathcart Street, and the ladies would be sitting in the front room. I remember them being really kind to me Mum and Gran used to get so cross when they got a 'bad batch' and the cotton wouldnt pull out. They used to rub a candle over the cotton to help it along its way

My Mum, gran and aunt did it. You couldn't move in the house some days!!!

Remember the women in their curlers, hairnets or headscarves on, aprons on.... 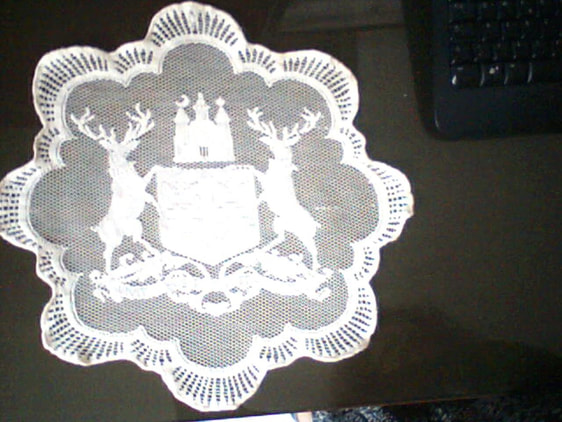 That's really nice....what a super present from your Dad. 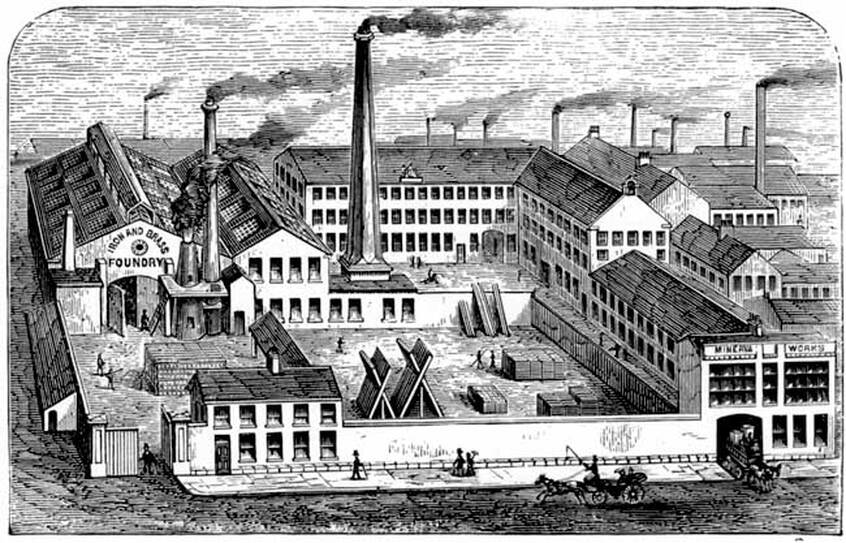 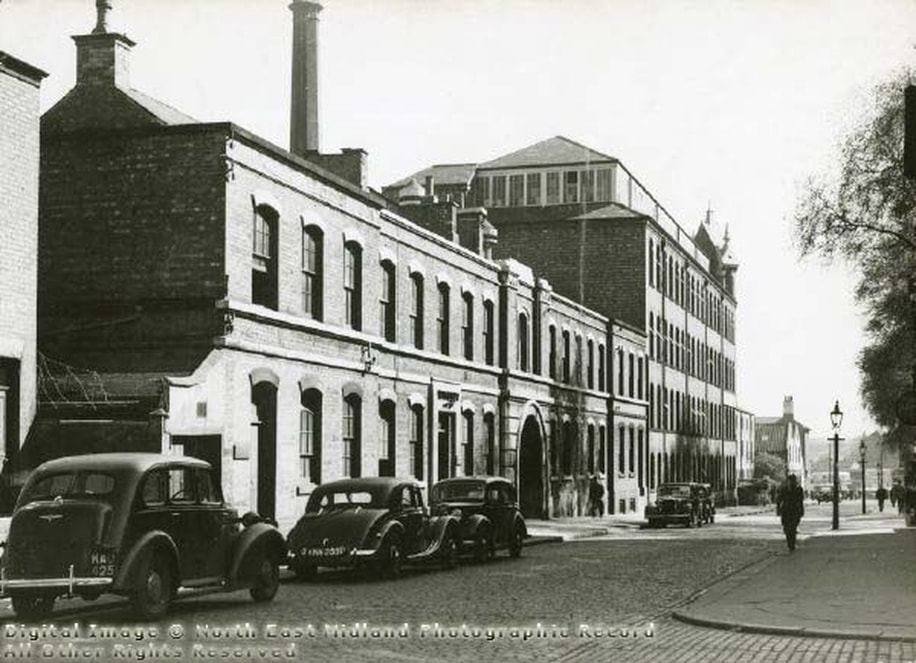 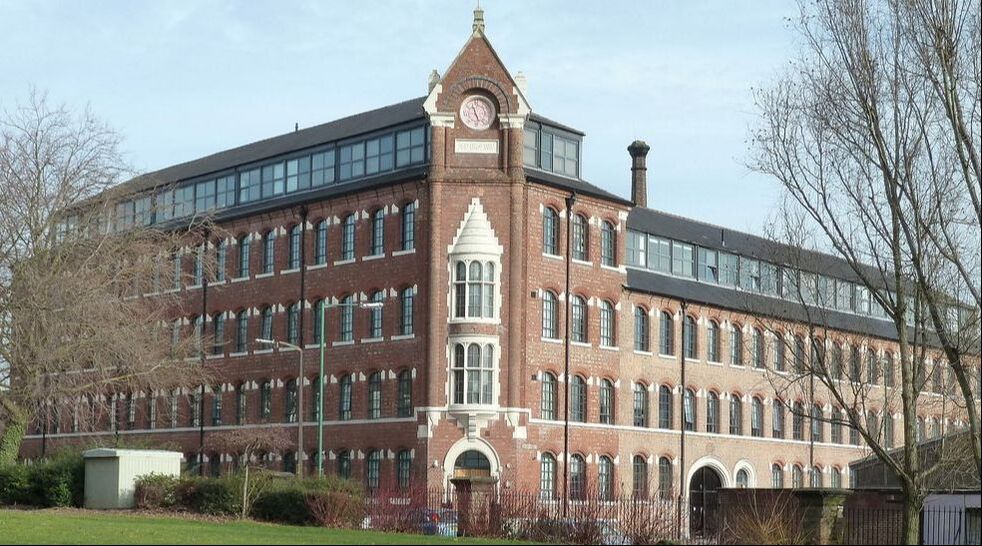 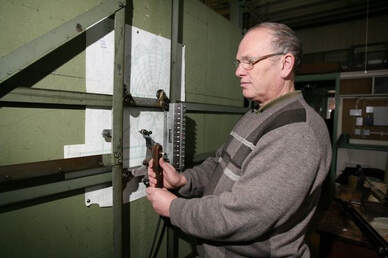 Nick Povey, 58, works on a new drafting to create a new punch card to control his 10-yard embroidery machines at Fewkes Lace.
​FEWKES lace embroidery factory looks like it has been frozen in time.
A treasure trove of beautiful lace occupies the stock room, an old-fashioned computer sits unused in the office and yellowing boxes of supplies are on the window sill. A calendar on the wall from 2002 seems to be the most modern thing in the building.
The company is the last plant in the UK which creates embroidered Schiffli lace and is owned and run by brothers Nick Povey, 58, and Edward, 60.
"Come and look at the working museum," Nick jokes when I arrive. 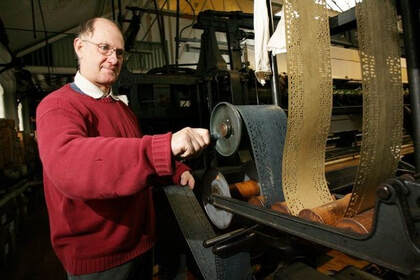 Brothers Edward Povey, 60, and Nick Povey, 58, thread one of their 10-yard embroidery machines at Fewkes Lace (formerly Charles Farmer) which has been operating from their Mapperley factory for 100 years.
I initially stumbled across Fewkes by chance when I interviewed local mask-maker Samantha Peach and they mentioned they sourced their lace locally.
After trawling the Evening Post archive and asking local lace experts at the library, I was surprised that I couldn't find any information on the history of Fewkes or Charles Farmer Lace, as it was known until 1993.
It seems to have been hidden away for the past 100 years.
When I ask Nick why this is, he says: "We never looked for limelight really, we just get on with making. We're basically manufacturers and we're happy to stay within these four walls."
Fewkes has been in the Povey family for three generations and they are the second generation of brothers to run the business.
Although the exact date isn't known, it's thought that 2010 is Fewkes' centenary year as the land for their factory in Morley Avenue, Mapperley, was bought in 1904 and it took some years to develop the factory on the site.
In those days it was known as Charles Farmer and the factory moved from Hyson Green to create two large factories which were built to accommodate the special Schiffli machines. 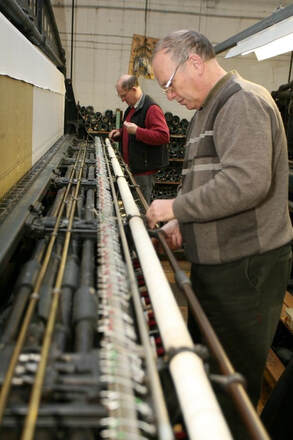 Edward Povey, 60, attaches a new punch card to control one of their 10-yard embroidery machines at Fewkes Lace (formerly Charles Farmer) which has been operating from their Mapperley factory for 100 years.
The factory made a lot of net embroidery which was then sold to the Lace Market in the city centre.
Nick explains the history: "Charles Farmer originally had the two factories here, then during the recession in the 1920s he sold one on to Hemsleys.
"My Grandad, Robert Povey, was the manager for Charles Farmer, then my father Eric came in with his brother Charles and they took over the factory a long, long time ago. They went into the business straight from school."
Nick and Edward spent their school holidays helping out their father in the factory, then Nick followed tradition and joined the firm straight from school, while Edward joined 32 years ago after he worked in accounts for firms like Boots and Pork Farms.
Since they started at the factory, the pair have seen Fewkes drop from a 40-strong team to just themselves and one employee.
"The industry has shrunk and shrunk, we're the only one left now," says Nick. "We used to supply to M&S, BHS and all sorts – big manufacturers in this country who made in this country – but that's all gone abroad now and all the lace is made abroad too, basically because it's cheaper."
Up until the 80s the factory survived on trading with the Lace Market, but when it started to diminish they had to change their approach and deal directly with wholesalers, which paid off for another 10 years until trade started going abroad.
Nick and Edward still remember the days when they'd do 15 hour days, running the same yarn for up to nine months continuously, making sheets of the same lace for large orders.
"You know those lace handkerchief corners?" says Nick. "We must have made millions of those."
Fewkes also played its part in creating one of the most famous dresses of all time. Along with local lace companies Roger Watson and Huntbachs, they created the lace for Princess Diana's wedding dress.
"It came to us via Watsons," says Nick. "Our designer did all of the designing, but a lot of it was made by Huntbachs as I thought his machine would do a better job...we did one edging, I think. Then we did Fergie's guipure bow and embroidered down both sides of the bridal veil."
The factory was also part of the war effort and was used to make chevrons for officers' uniforms. 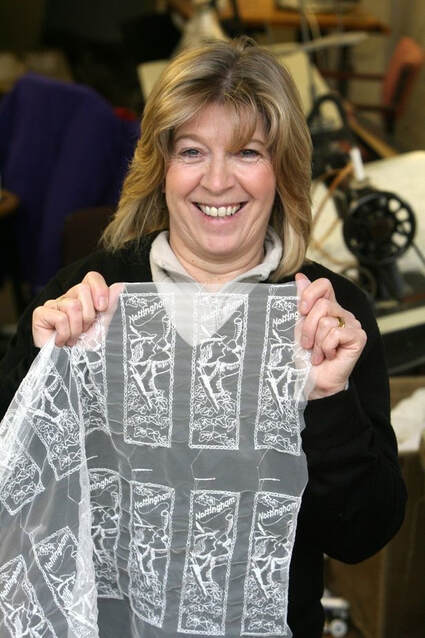 Lace mender Shirley Dodwell, 54, who has worked at Fewkes Lace since 1975 and is one of only 3 people who now work there.
These days life is a little bit slower and the factory makes one-off orders for people looking for special items which can't be mass produced.
When I visited they were making detailed waistcoats and other items for an extravagant Arab wedding. Nick said: "We supply people around the world who want genuine 100% cotton lace, which we make, and who want something different to everyone else. We don't do large runs, we make small orders, very small orders. Some of our customers supply places like Harrods and we got the odd Arab wedding where money is no object.
"Nottingham had the reputation for being the centre of lace, it was built on lace, but that's all gone now. We're the last one."
When they get their specialist orders the brothers do all the work themselves, with Nick designing the lace patterns the old-fashioned way with a pen and paper. When I comment that there's probably computers that will do it these days, Edward and Nick both shake their heads.
"We tried computers about 20 years ago but just didn't get along with them," says Nick.
Once the lace design has been finalised, Edward sets up the 1920s and 30s Schiffli machines, threading 680 needles each time. If there are any problems then Nick has to get his spanner out himself, as no one else will have the expertise to fix the ancient machines.
"I'm happiest with a spanner in my hand," says Nick. "It's in our blood to make lace. Other people have tried to take over factories but have failed, probably because they can't keep up with the repairs and don't know what to do with the machines."
As recently as five years ago they still employed designers and people on the factory floor. Today their only help comes from Sheila Dodwell, 54, who has worked at the factory since 1975. She mends faults in the lace, using an old-fashioned sewing machine. Despite being a low-key operation, the brothers seem to enjoy what they do and it's obvious that lace runs through their veins.
"I still get a buzz out of it and still have really good days," says Nick. "It's the satisfaction that you've designed something, drafted it, put it on the machine, made it and the customer likes it.
"It's basically a hobby now, something to come to each morning.
"We only work part-time but we still enjoy it."
Despite having children that could take over the business, the brothers will be the last generation of lace embroiders in the Povey family and will close the factory once they decide to retire.
For the past six years they haven't made any repairs to the building itself and they're aware that the roof desperately needs fixing, a cost that they can't justify.
Nick says: "We'll keep going for as long as we enjoy it, when it gets too much we'll give up. They'll probably just knock it down when we go."
I said it seems a shame that in the near future part of Nottingham's history will be reduced to rubble or turned into fancy flats.
"It's had its day, this place, that's the trouble. You've got to remember it's given three generations a living though."
THE VIRTUAL WALK - click here
website:
https://stannswellroad.weebly.com
facebook group:
​www.facebook.com/groups/StAnnsWellRdPreDemolition1970
Proudly powered by Weebly