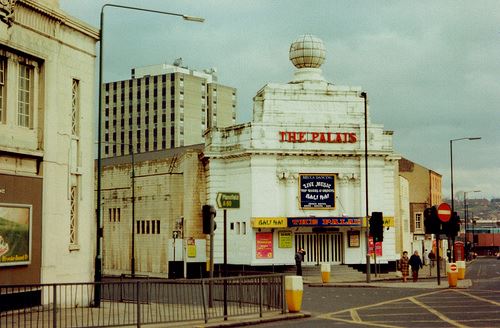 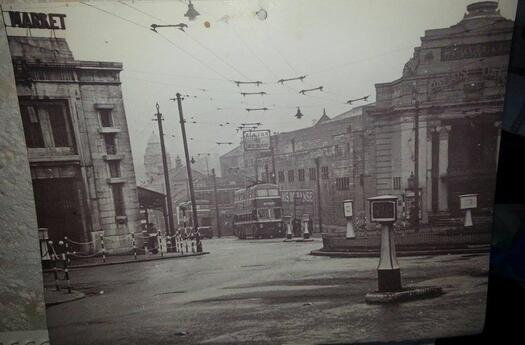 Tony-Ann Miller Thanks Mavis this is great...do you remember the large Glass Dome on the top, the window cleaner who used to clean it Jack Jennings??... whilst cleaning it one day fell of his ladder and died on the roof following a heart attack...." Yes..a "pane in the chest" he also, that is before he fell off the ladder.... used to clean the windows at Will Hills on Trinity Sq. when I used to work there in the late 1950's.

Terry Dexter Thank you mavis,me and my pal`s used to stand around the outside of the floor looking at the girl`s dancing like many others did,,I never had the nerve to have a dance without a few pint`s,(Dutch Courage)??,,We used to say,to each other,"Hey" I don`t like yours,Lol.
1 February 2013 at 01:10 ·

Jacqueline Newton I met my future husband at the Palais de Danse. You are right about Dutch courage Terry, haha he sent his mate to dance with me first. hahaha
1 February 2013 at 22:51 ·

Terry Dexter Jacueline,I think a lot of men were the same,We are a very shy breed,I think it`s the fact that we might be refused a dance,That can get a bit embaracing when walking back to you mate`s and they take the mickey out of you,,Lol,
2 February 2013 at 01:22 ·

Elaine Carter-Fox My mum once told me someone fell off the top of the Palais and was killed, they were cleaning the ball.
27 August 2013 at 02:47 ·

Tony-Ann Miller Yes Elaine your Mum was quite correct...his name was Jack Jennings, he was a very well known window cleaner in the city centre....I recall that he had just completed cleaning the famous glass dome when he had a fatal heart attack...he was a really nice chap...I remember him as he used to clean the windows at Will Hill the tailors where I worked as a tailor from 1956- 1963. Tony.
27 August 2013 at 05:06 ·

Jean Taylor Hilda a lady i knew said in the early days her job was to dance in a sort of a cage .and people would pay to dance with her ,her husband was in the Band ,this went on for many years......Myself i liked dancing on the moving floor ,Saturday's were great .
28 August 2013 at 22:54 ·

Elaine Walker I also liked that moving floor on a Saturday!
Proudly powered by Weebly