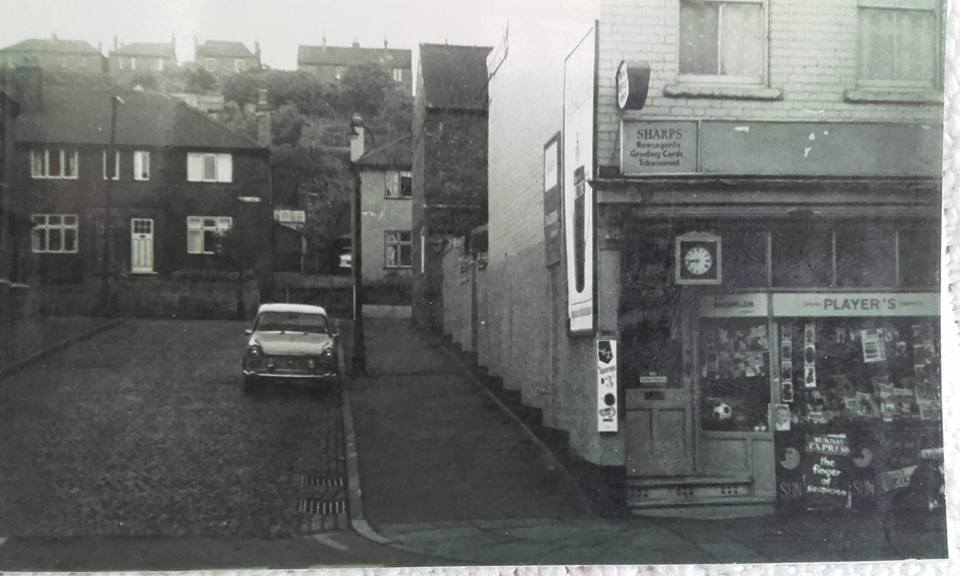 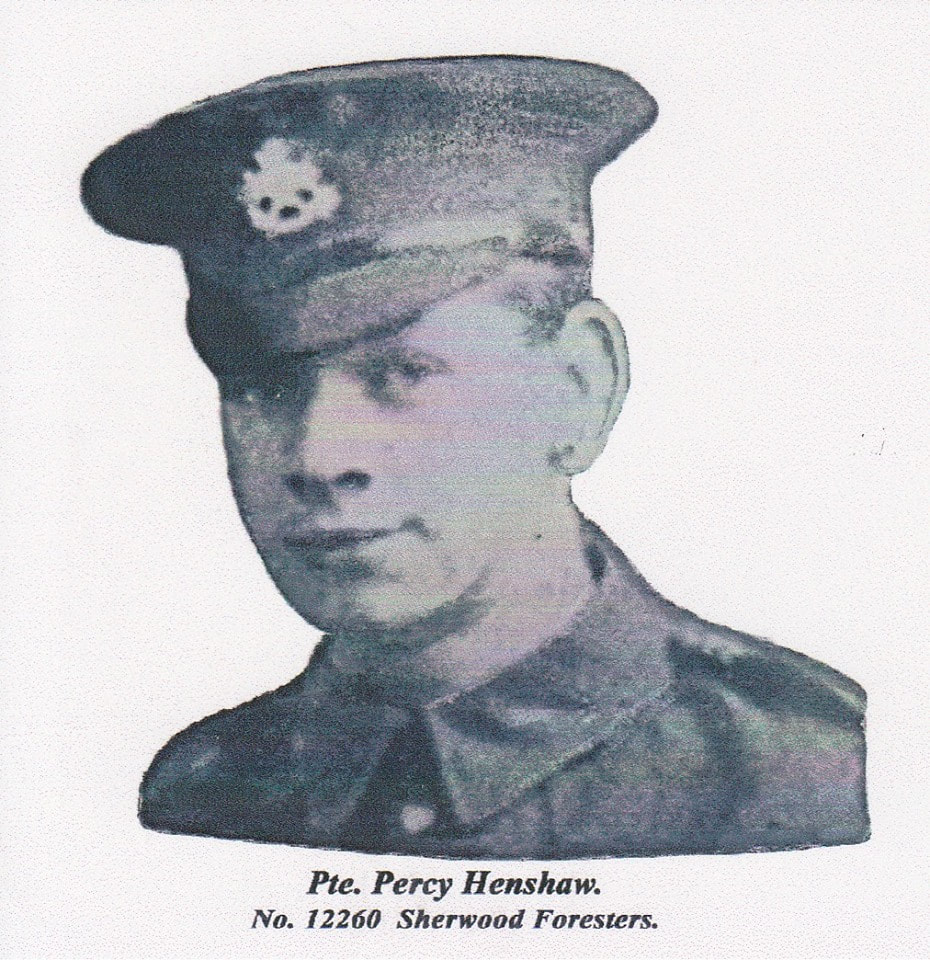 This my Grandad Percy Henshaw. He was born in 1897 & raised at 22, Bullace Road, St Anns. On the 2nd June 1914 he enlisted with the 2nd Battalion Sherwood Foresters, he was just over 16 years old. WW1 was declared on the 4th August 1914 & on the 11th Sept he landed in Brittany France. After several battles along the way his battalion were moved to fight near Ypres which had a strong reputation for gas attacks & we think this is where Percy was gassed. He was discharged from the army on the 17th July 1917 due to sickness. He returned to St Anns where he married & raised a family but sadly he was only 52 when he died which we believe was down to the weakness of him being gassed.
Percy had a brother Thomas, 6 yrs his senior,he was with the 2nd Battalion Border Regiment. Sadly he was killed on the 25th September 1915 during the first day of the Battle of Loos, France. He was 24 years old & left a wife & baby.