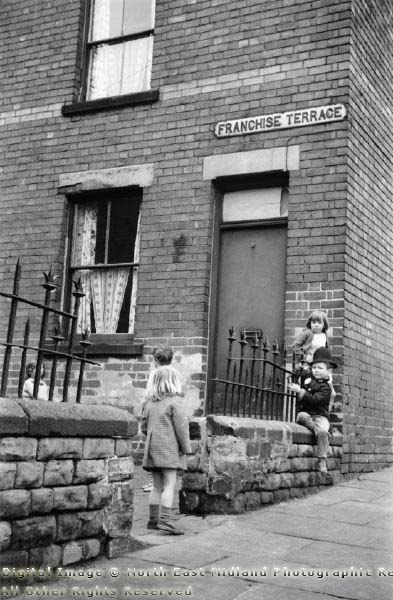 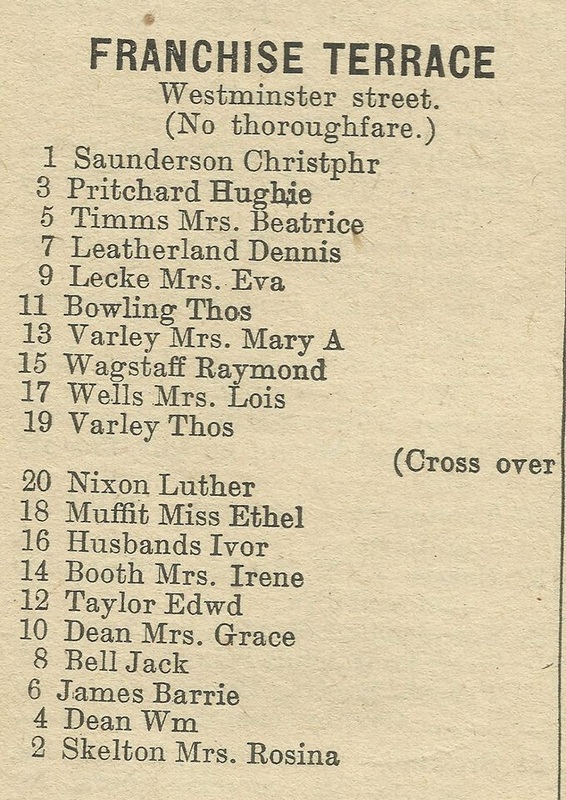 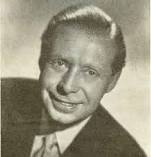 Cyril Stapleton
.. born at 16 Franchise Terrace which was next door to Cyril Stapletons house. I was a bit to young to have known him but was told all about him from the neighbours.
10 February 2015

My mum (Maisie Stephens) knew Cyril Stapleton when he lived there...
...Mavis Baker

There is a good photo of Cyril Stapleton and Jackie Pownall when they attended the `ragged school' (at the corner of Sneinton Market) on the Nottingham `Picture the past ' web page.
THE WAGSTAFFS OF 15 FRANCHISE TERRACE 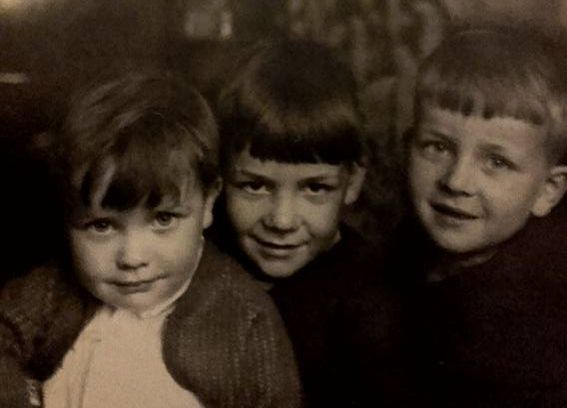 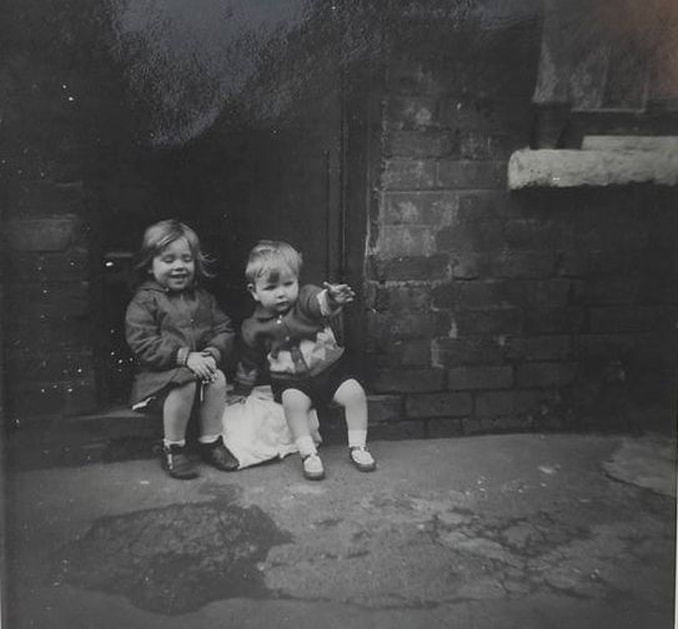 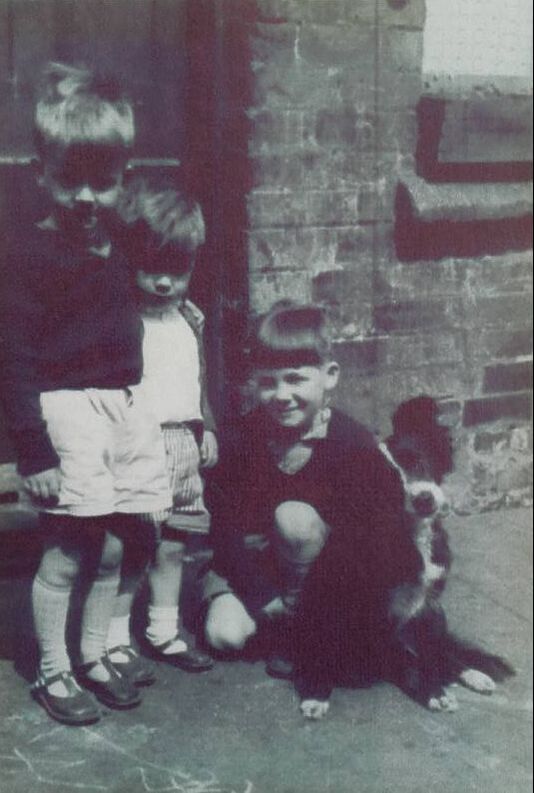 Me (Stephen)  Kev and Pete front of 15 Franchise terrace

Stephen, Peter ,Kevin.
In front of their front door
There's a windowsill and flower box ,
To add to my amazement
Little chalk drawings upon the pavement
Aww their shorts ,socks ,and sandals
Three happy little boys
Even the dog Jill is posing
And putting out her paws.
How happy photo's make you
When you look into the past
It brings it all back ------
Yes the year's have gone to fast ! X
Jean Taylor 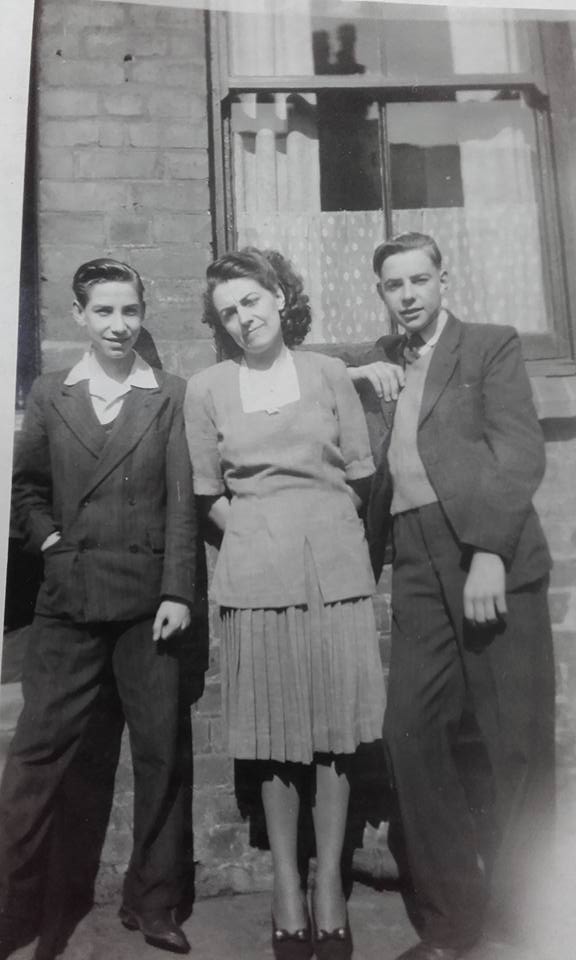 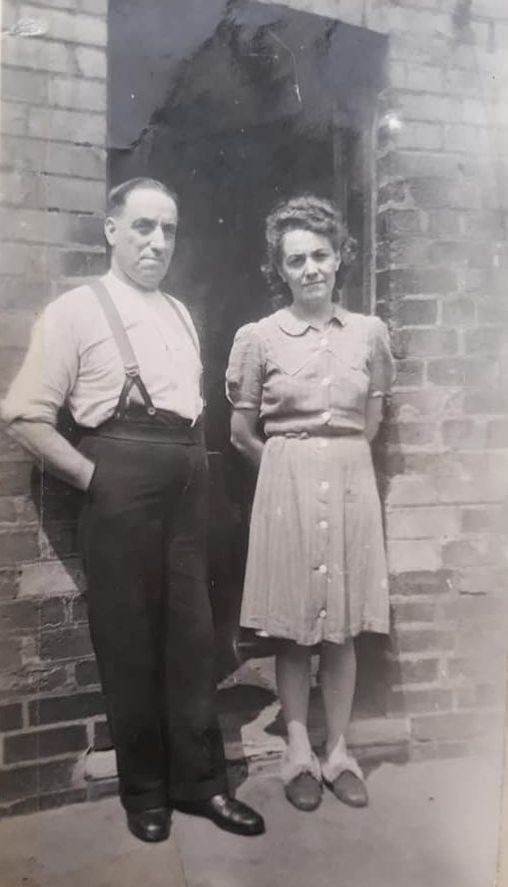 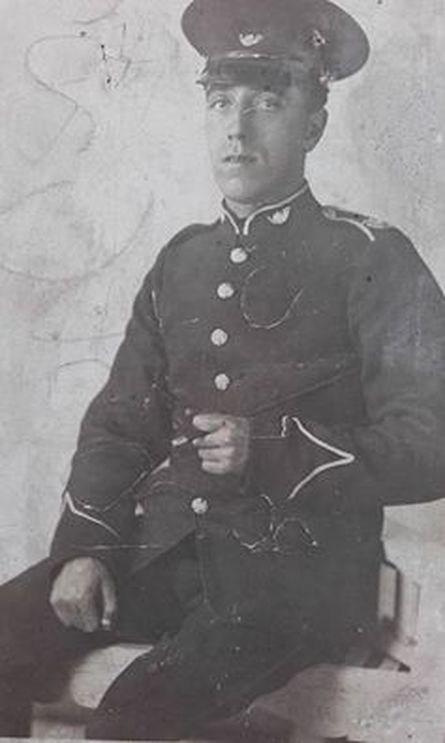 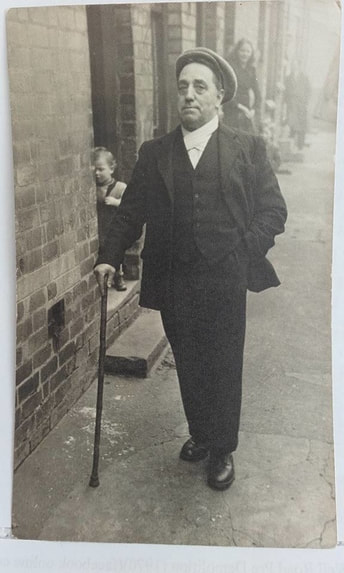 Neighbours and kids out on the street and Harry Wagstaff Dressed up ,lovely photo bless him x 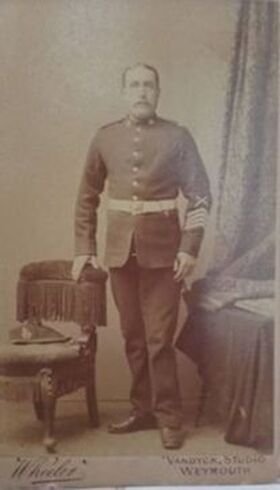 William Wagstaff - Great Grandfather of Stephen Wagstaff
CENTENARY YEAR - 2018
The Great  War (WW1)     1914–1918
Armistice Day 11th November 1918
THE GREAT WAR
Military History
Pte. Sheppard volunteered for service and following training he arrived in France on 25/02/1915. The battalion was caught up in the fighting when the Germans launched their major offensive, Operation Michael, on 21/03/1918. The position was hit by a heavy artillery barrage and gas shells fell into the rear areas. Masses infantry then attacked and there was severe hand-to-hand fighting.By 10.00 a.m. both flanks had been taken and soon after the germans had cut off their rear. The last message arrived at noon and soon after the battalion ceased to exist. Pte. Shepard was killed in action on that day. His body was never recovered, but his name was commemorated on the Arras Memorial.