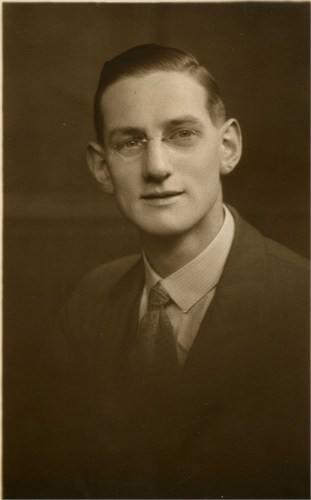 What a fascinating story behind the quiet exterior of our old Board School Headmaster, it just sounds like a Catherine Cookson novel, set within a strict, religious Victorian family.

He was the son of Emma Hunt and Frederick Salt; he was the eldest son with four other brothers. His father married into the Hunt family, a very successful game, poultry & fish business, with shops in Leic's and Melton, which supplied the Royal family. His mother Emma became a good friend of the Prince of Wales and catered for the Prince whenever he came up to Leicestershire for shooting parties, balls etc. Unfortunately Mr. Salt’s father was a drunk...he spent lots of the company’s money on drink and would come home most nights and lock his wife and our Mr. Salt, as a very small boy, in the cellar, ranting and raving in a drunken state - a very cruel man indeed.

Eventually Mrs Emma Salt had to sell the family business to Mac Fisheries to help clear the debts. Mr. Salt at the age of 16 was told by his family to put his father on a coach to Leicester, pay his fare and tell him never to return.  He never saw him again. Later his mother Emma bought a small shop, started another business which once again became very successful catering for The Royal family.  Mr. Salt was being trained as a solicitor, changed his mind giving his mother his bursary to help start her new business.

Mr. Salt decided that teaching would be his vocation, and as a true, very religious Victorian, devoted his working life to helping the young and needy by teaching, and eventually he became Headmaster at the Board School St. Ann's Well Rd.

In 1969 when the Board school was eventually demolished and the infants and juniors moved up to the Morley School he decided the time was right for him to retire and with his wife moved to Radcliffe on Trent for the rest of his life until he passed away in 1985 aged 81. He had one daughter Marion now in her late 70's still living near Melton Mowbray, I have spoken to her several times and hope to meet up with her soon so that she can hopefully let me have some further information and photographs of our old Headmaster.....Mr. John Henry Salt, indeed a true "Unsung Hero" 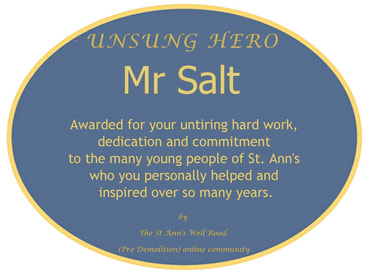 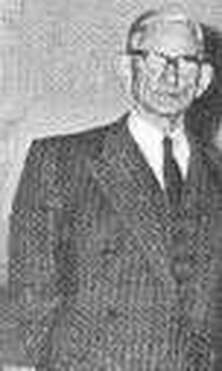