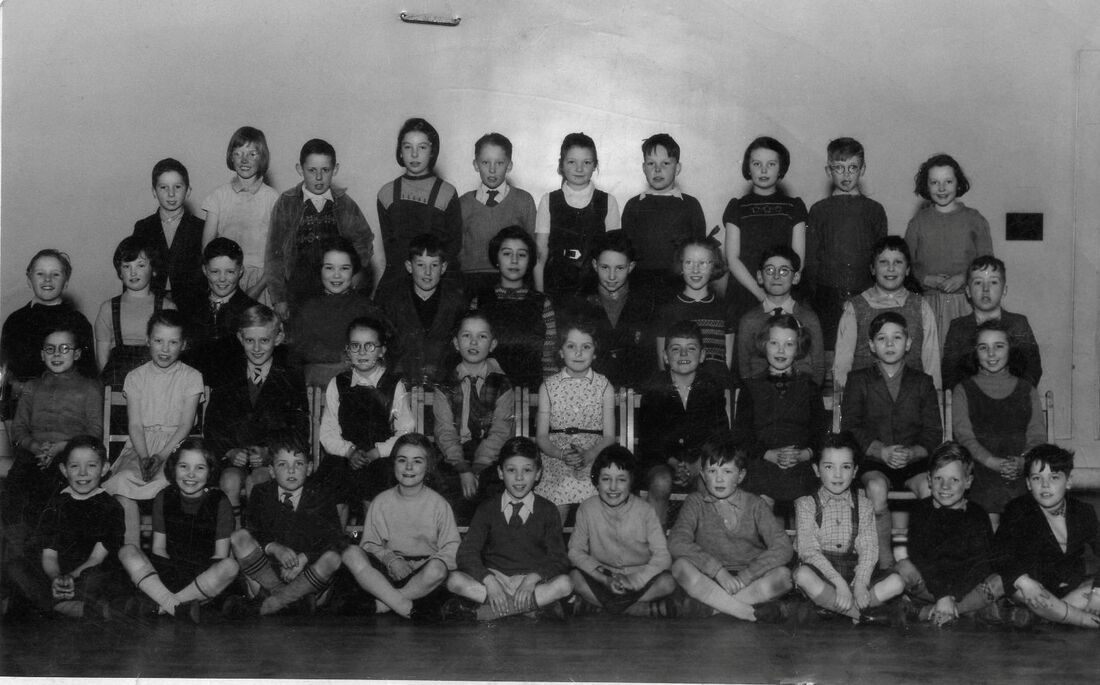 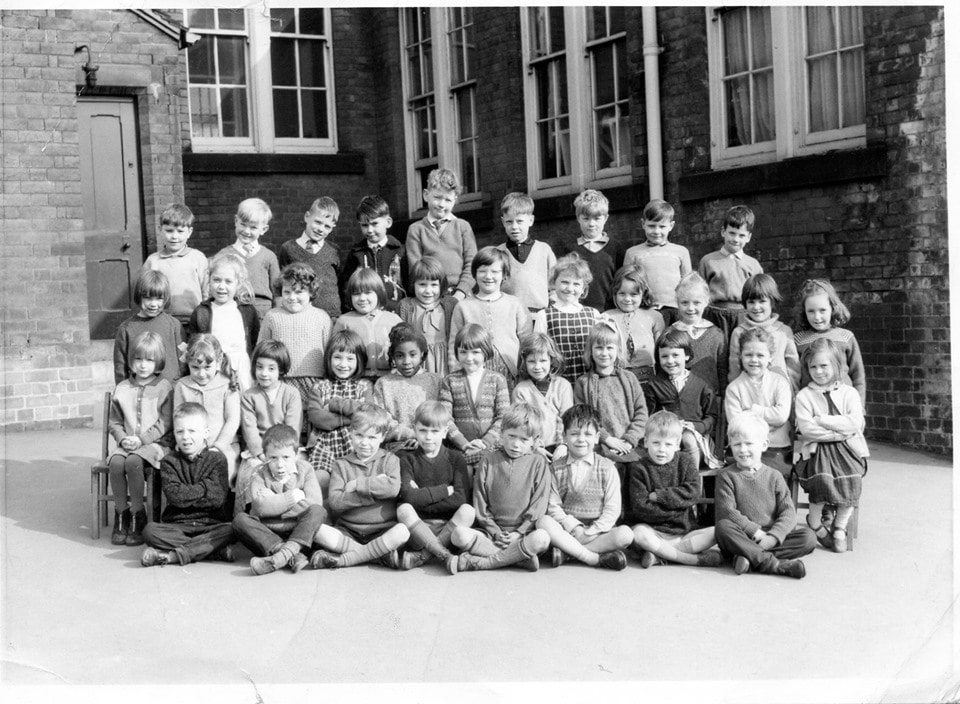 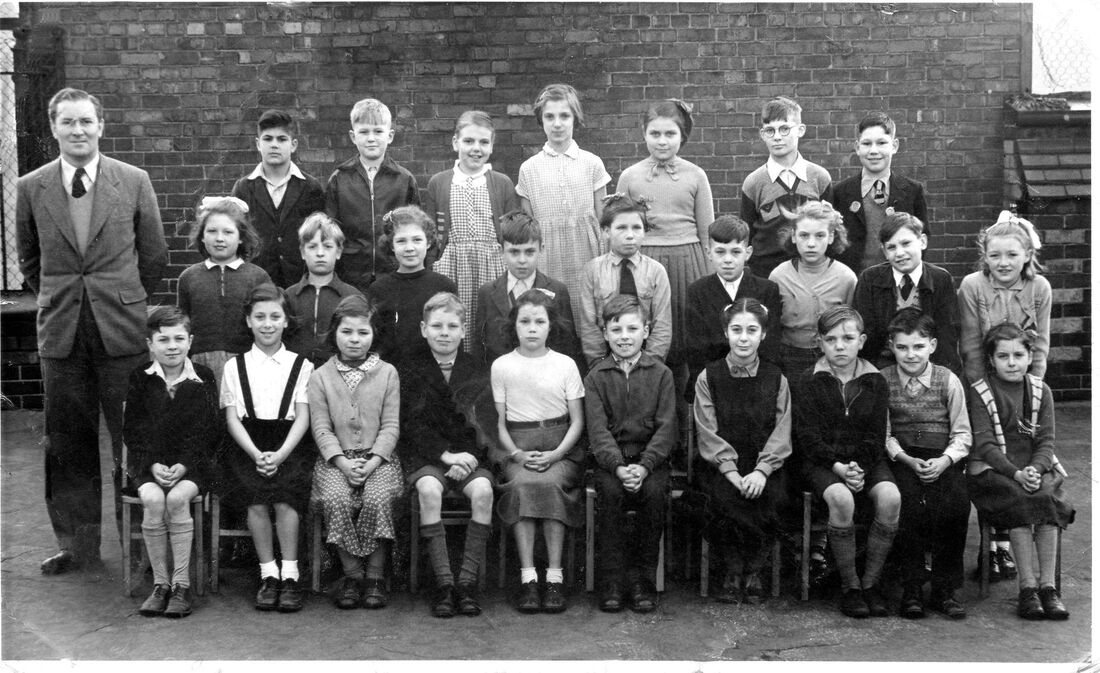 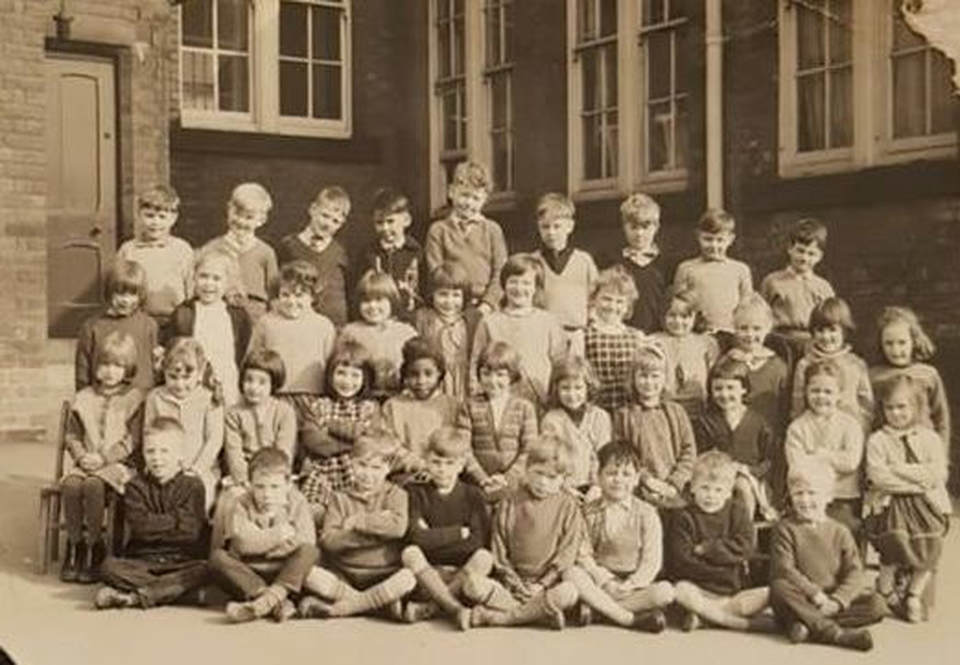 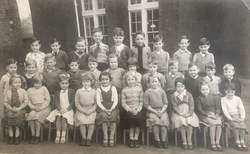 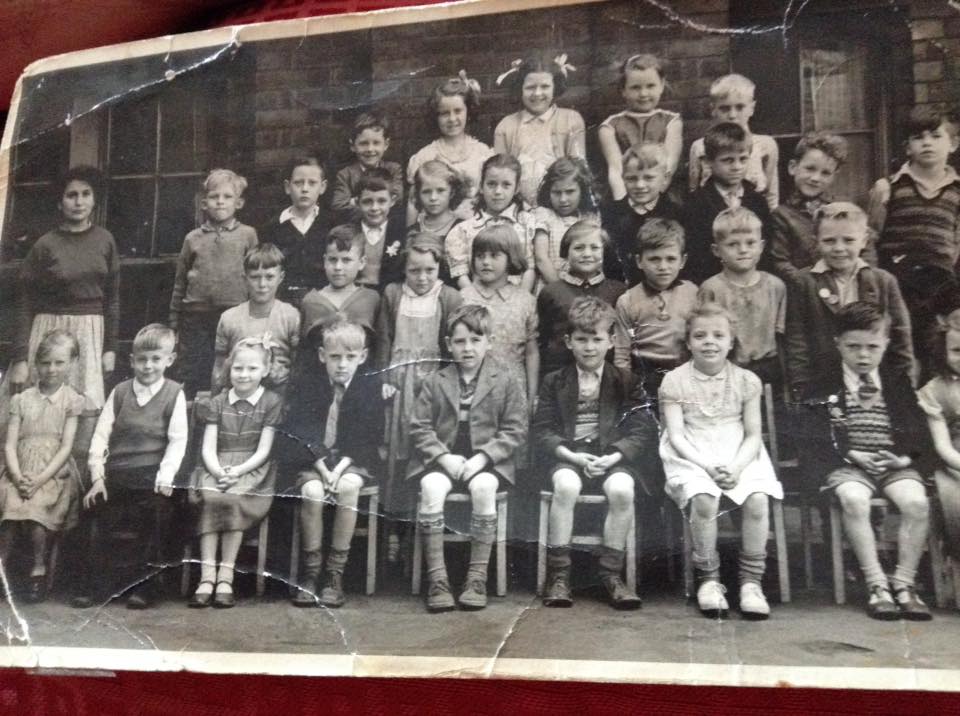 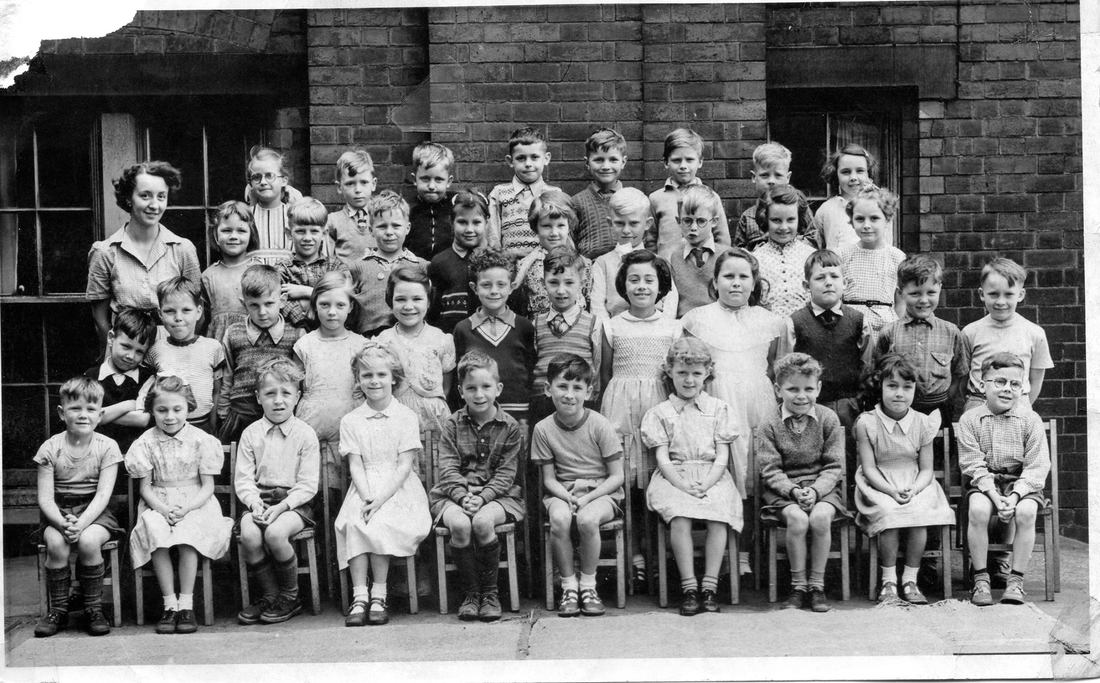 Dennis Fox:  "This was my class photo at Hogarth school - about 1957? not sure. Anybody you know on it ? — with Terence Wankling, Terence Scholey, Dennis Poxon, Tony Finch, Steven Nestruck, Keith Sherwood and Trevor Skellet."
Janet Edson: "Hogarth Junior school not sure of year, in the '50's. Miss Raynor the teacher. I'm on next to back row 5th from left." 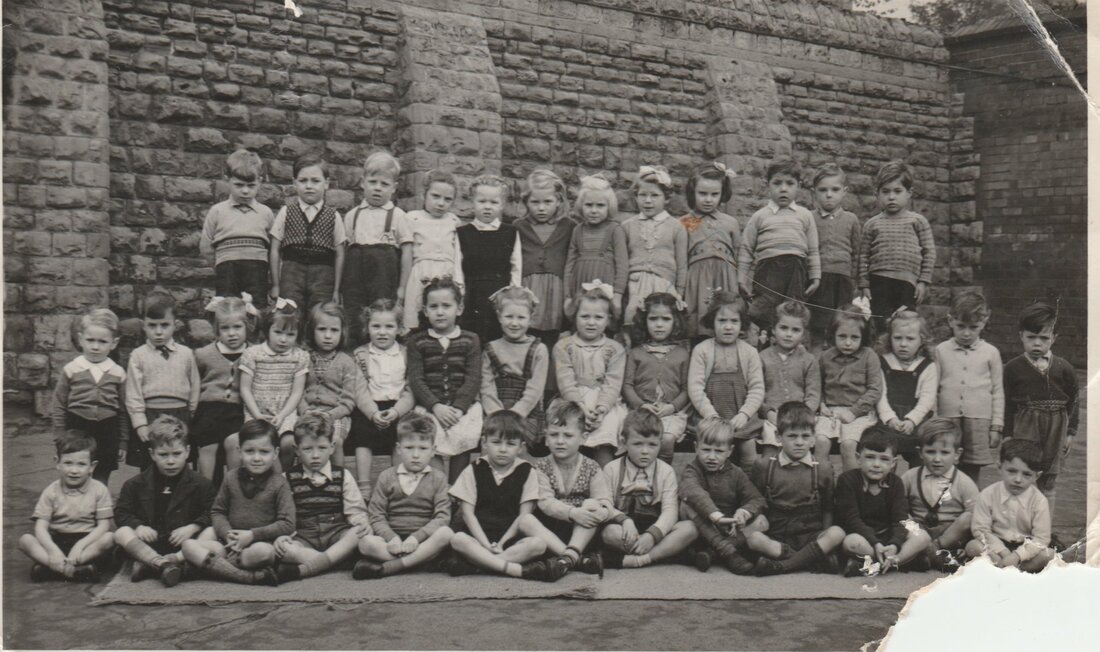 Here is my mum at Hogarth Primary Juniors in 1954/5. She was then Margaret Smith and is the girl middle row, sixth from left 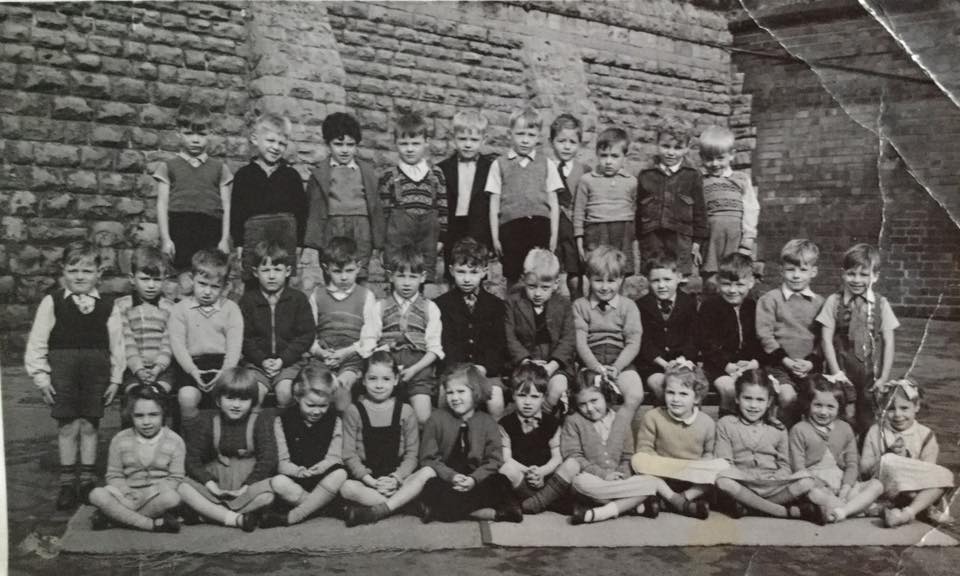 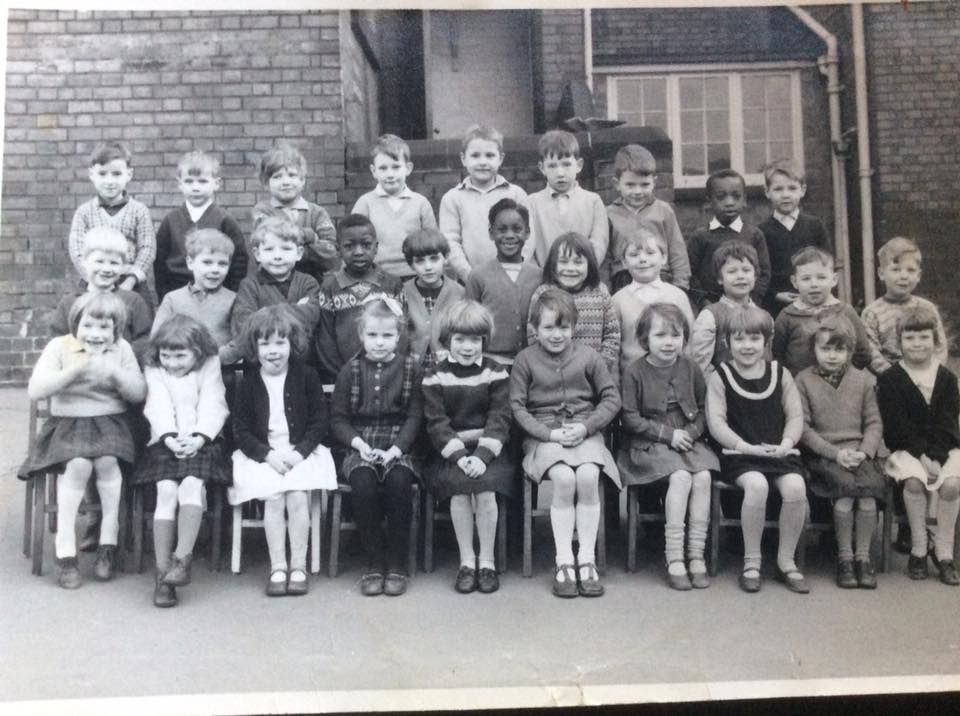 Tina Holland: Here's a picture of Hogarth primary school c1966, does anyone recognise anyone from this? I think the girl 4th in from the bottom left was called Julie and the boy third in from the top right is definitely Kenneth Robinson. 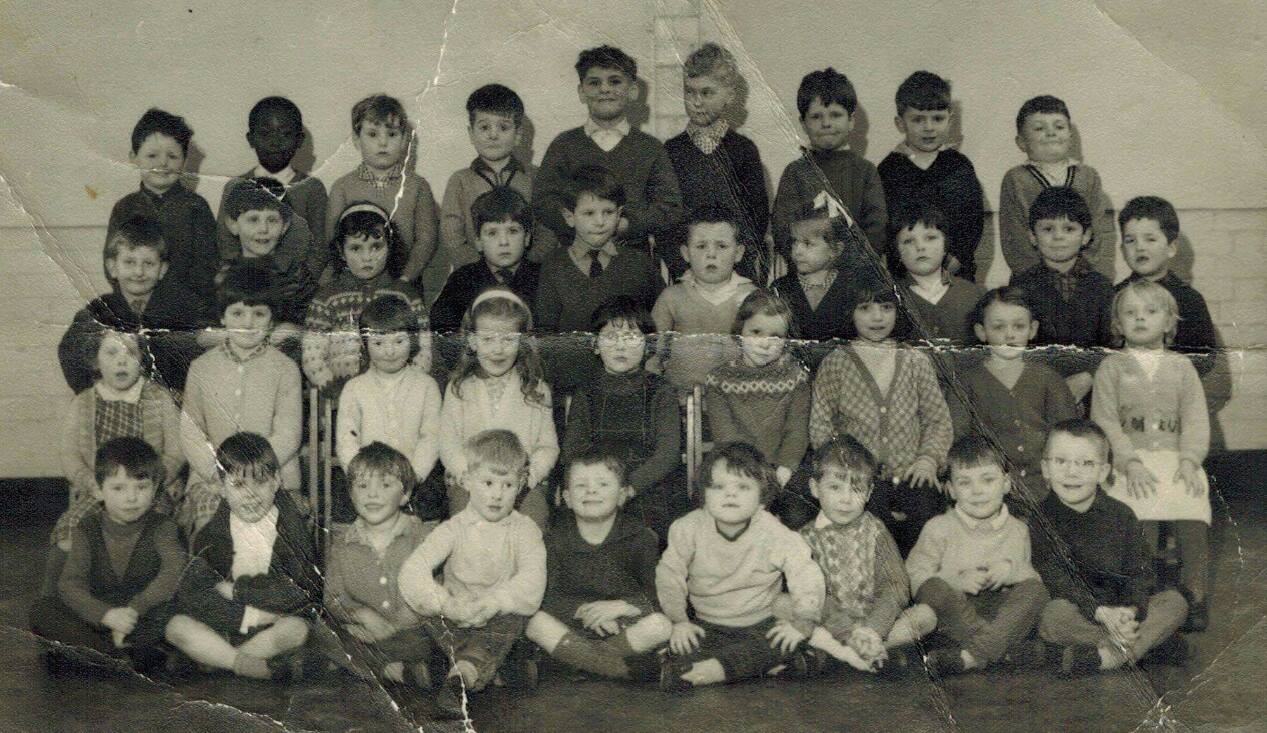 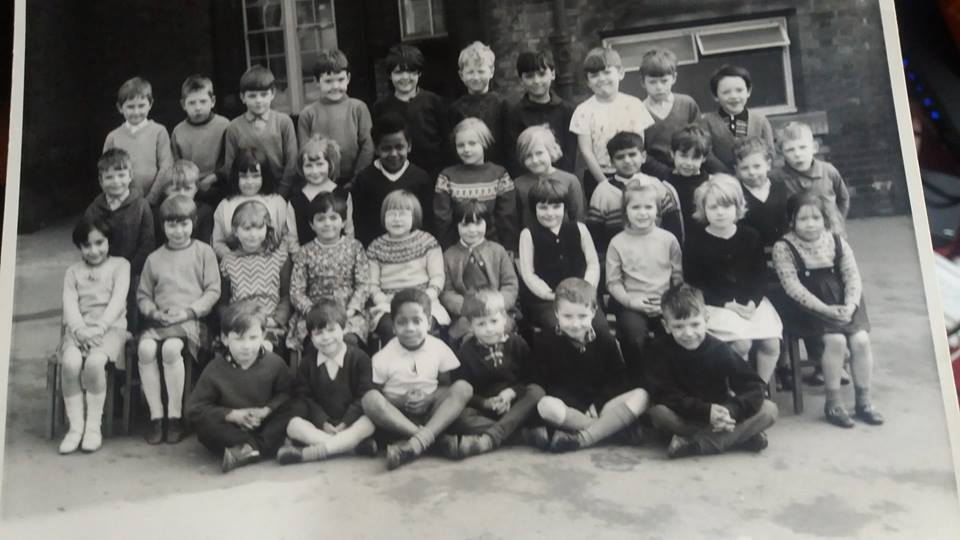 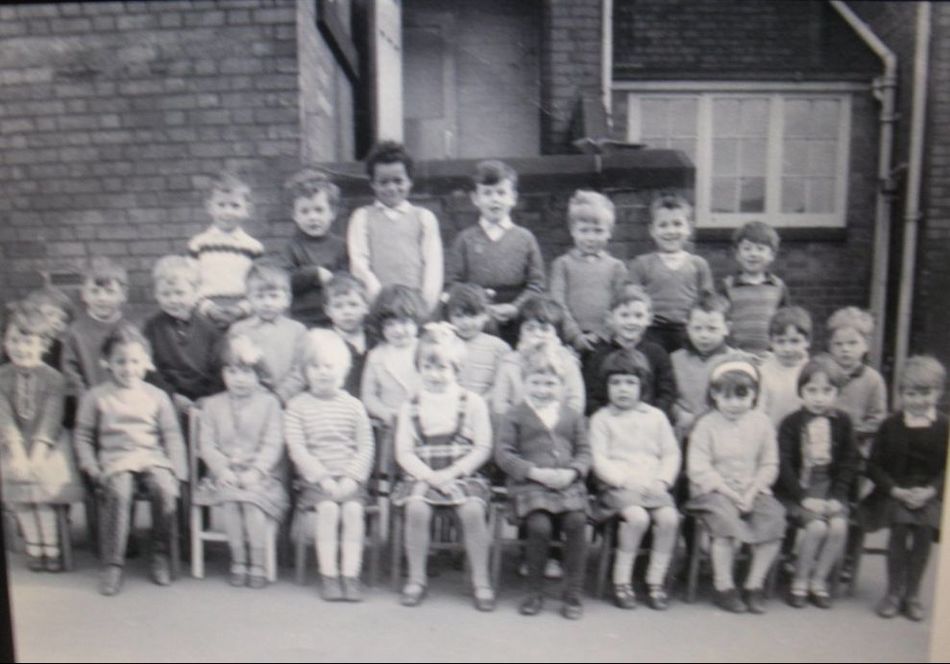 Hogarth School Carlton Road..Class photo approx 1967...With me on the last row on the end right..With Danny Cowan,Brian Parsons,Alwyn ?? Etc..Anyone else on this photo or know of anyone?   (Mark Goodman) 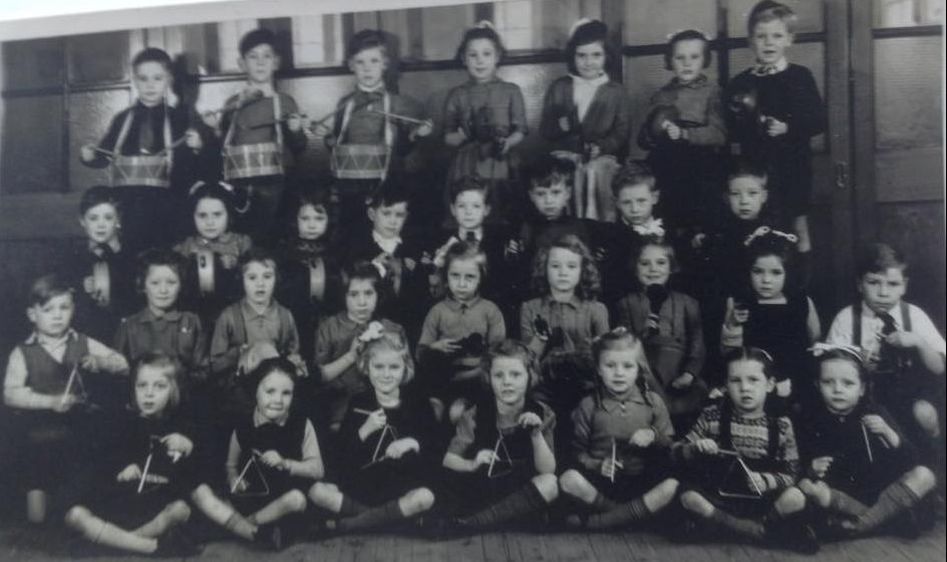 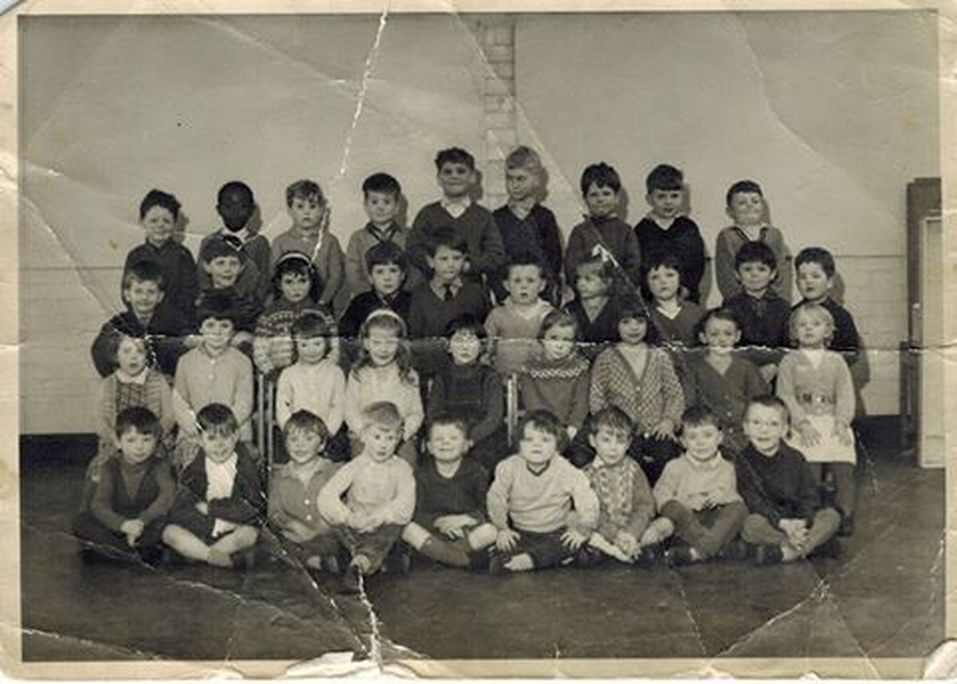 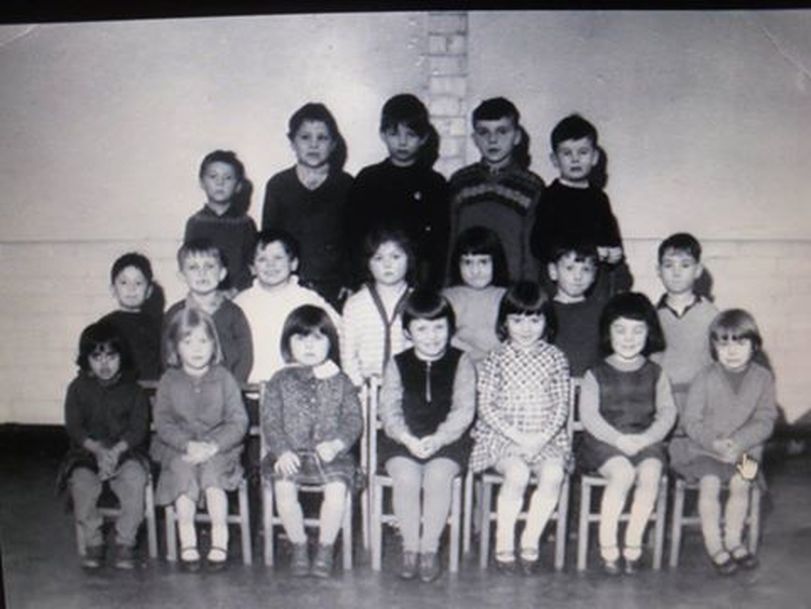 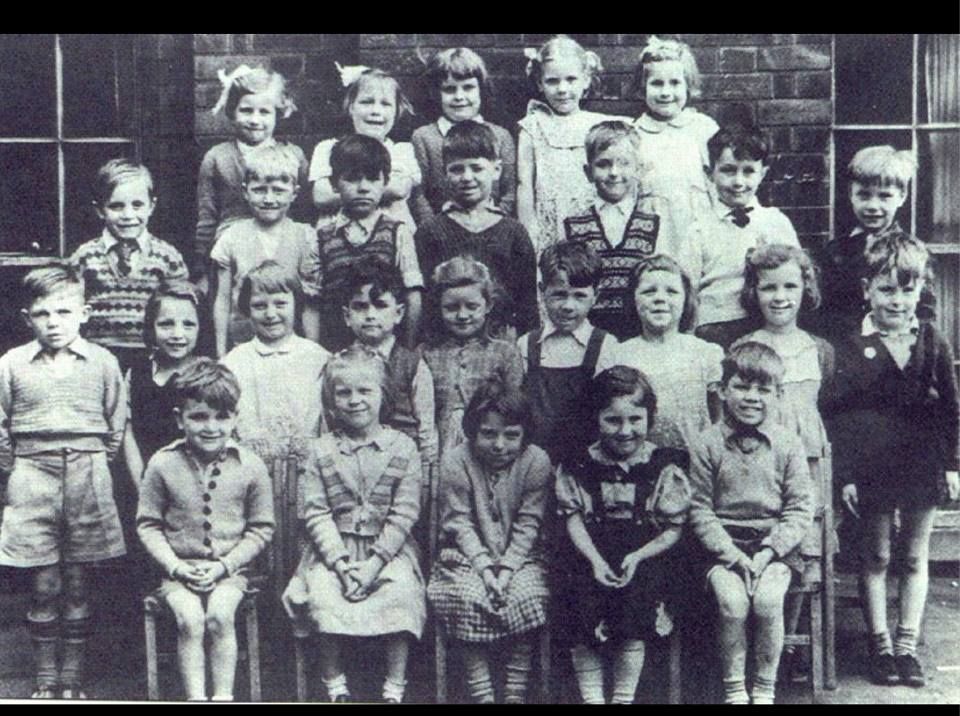 Key to photo above 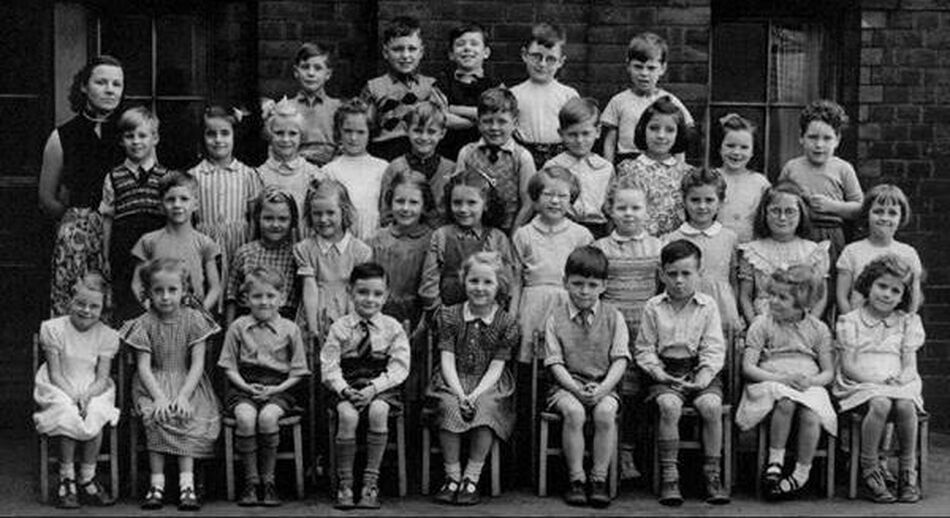 Hogarth junior school late 50 s photos passed onto me by Steve Adcock (David Bentley)
Christine Wilkinson: Front row second on the right trust me to be looking the wrong way.its the first photo I ever seen from Hogarth I'm Christine Woodhead

Key to photo above 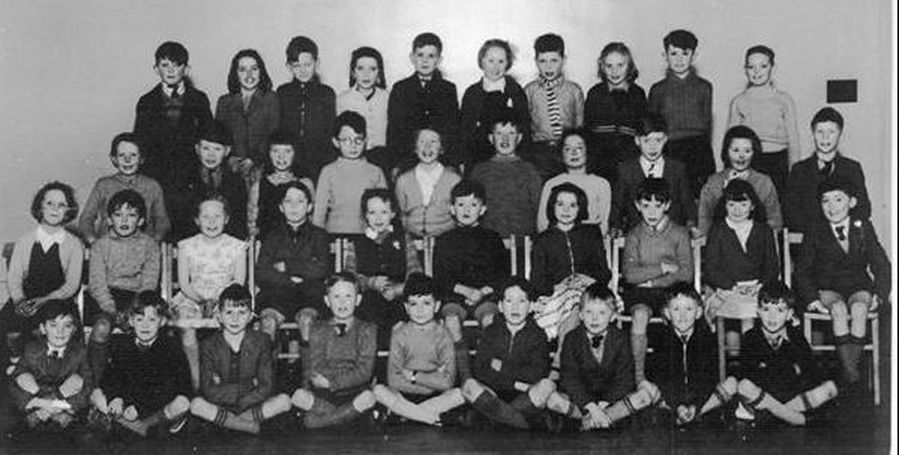 Key to image above 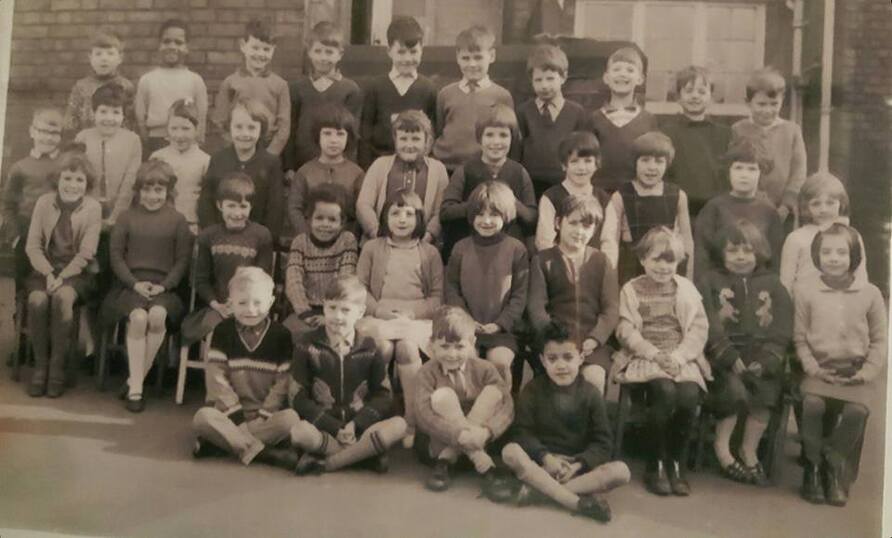 That's me second row 4th from left
(with me Afro!)  (Charlotte Ely) 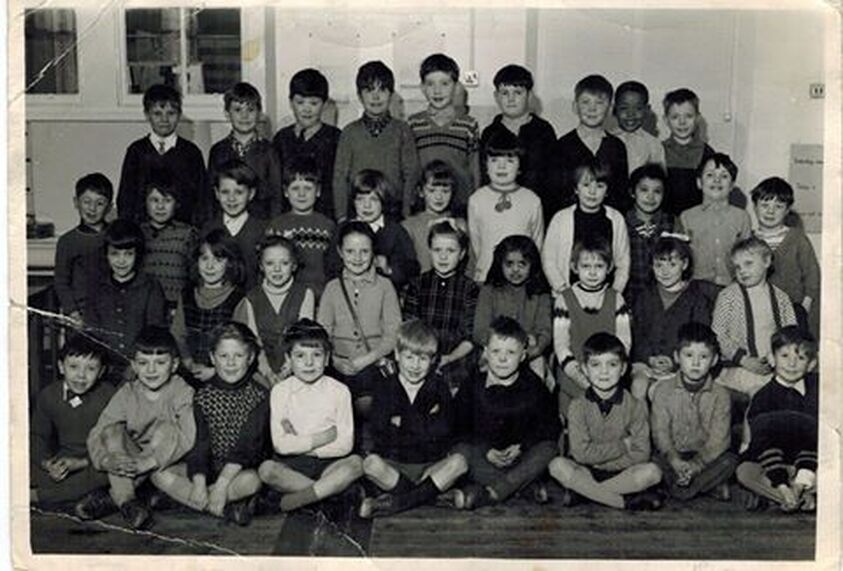 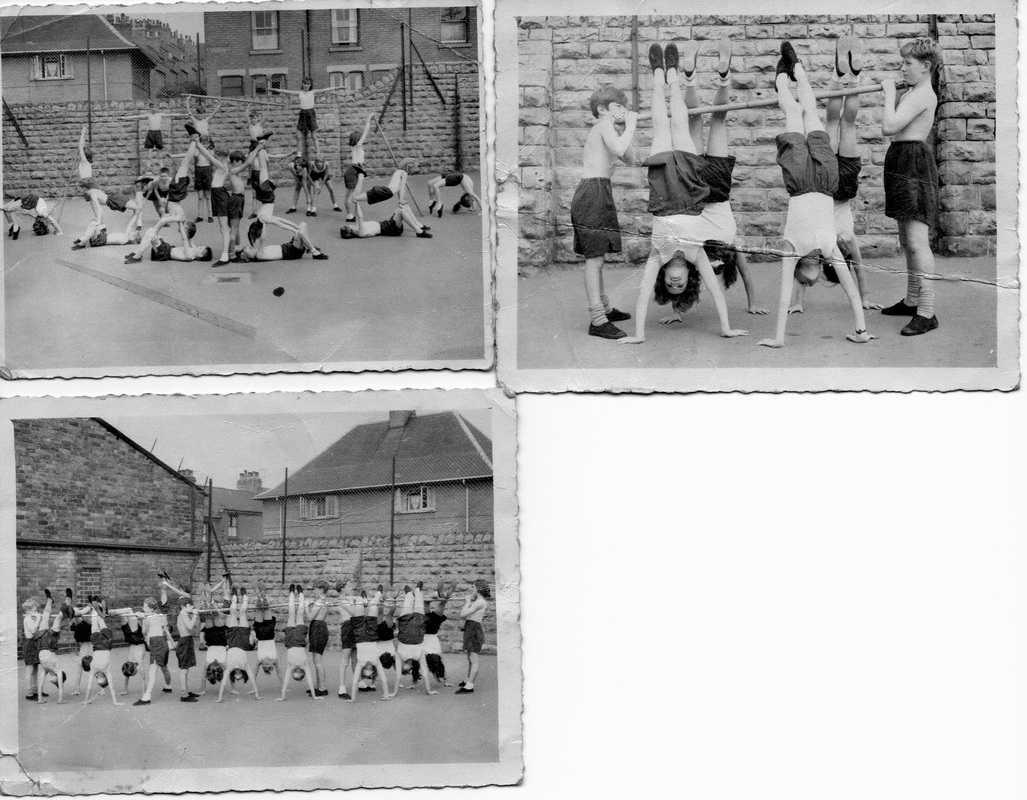