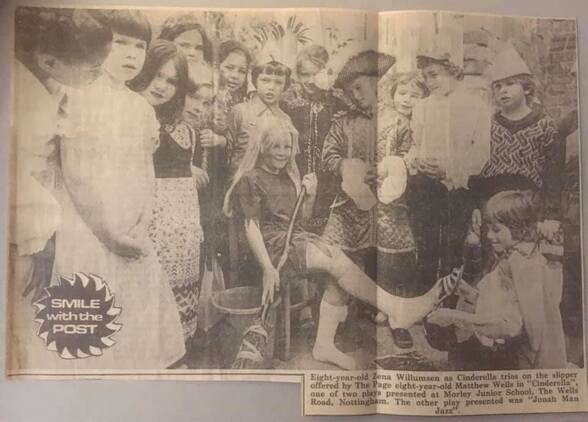 Tony-Ann Miller .... Picture taken early 60's with Tony (Symo) & Pam Symington and my wife Ann. I think it was taken at Sandra's wedding sister of Malcolm Burns. Just love the fashion of the 60's collars from Siyd Plunkets very narrow ties with a very small knot. Pam looked just like Jackie Kennedy at the time...got a feeling that it was taken just before President Kennedy was assassinated in in 1963. 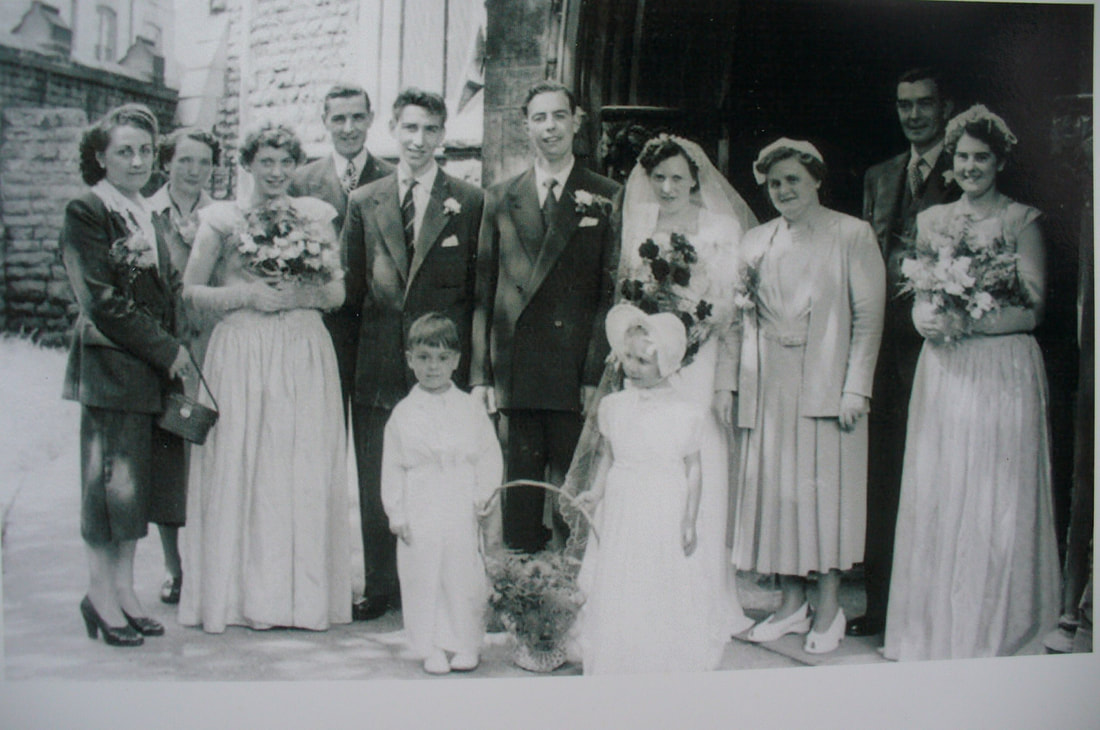 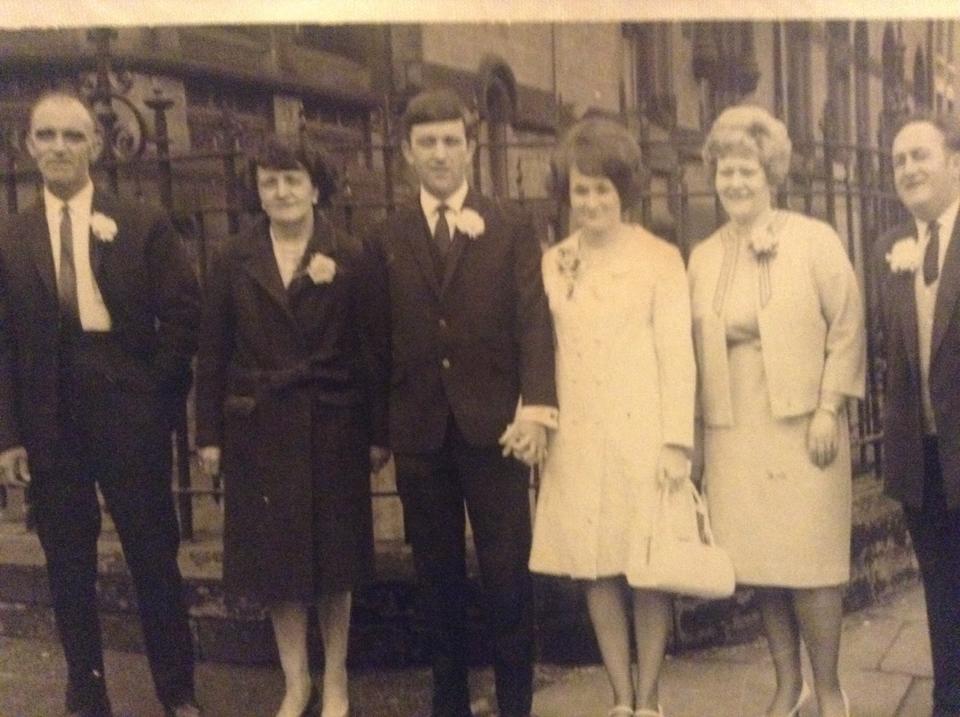 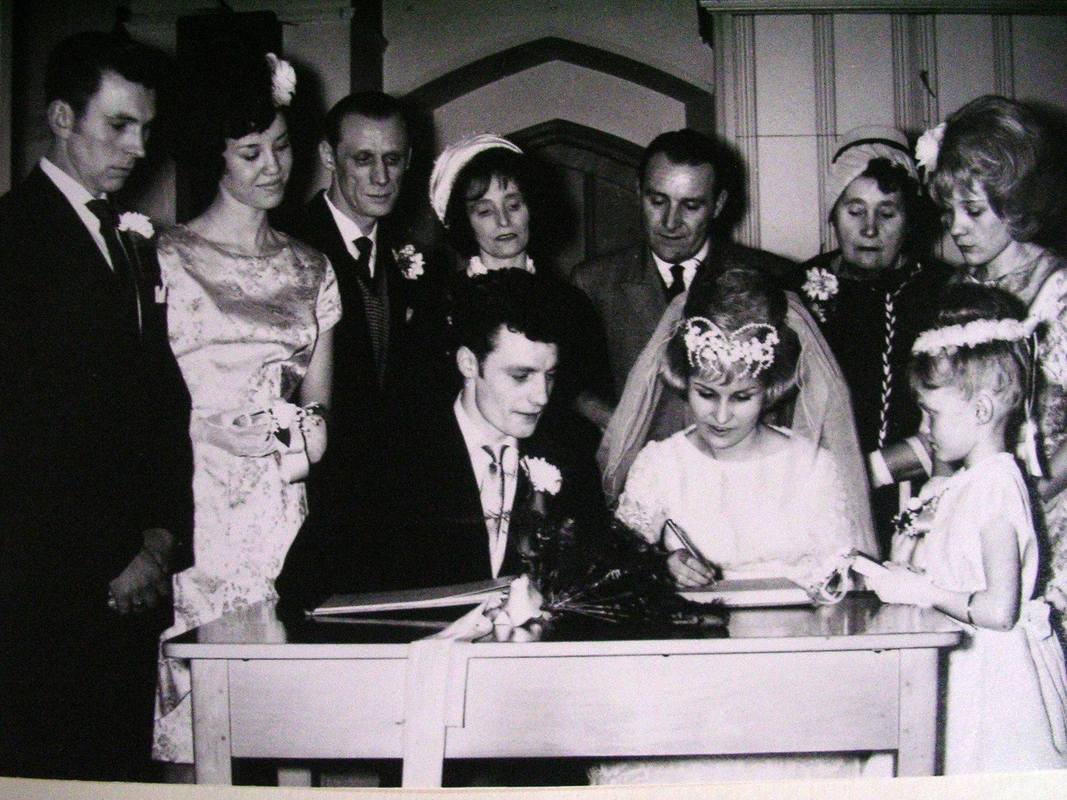 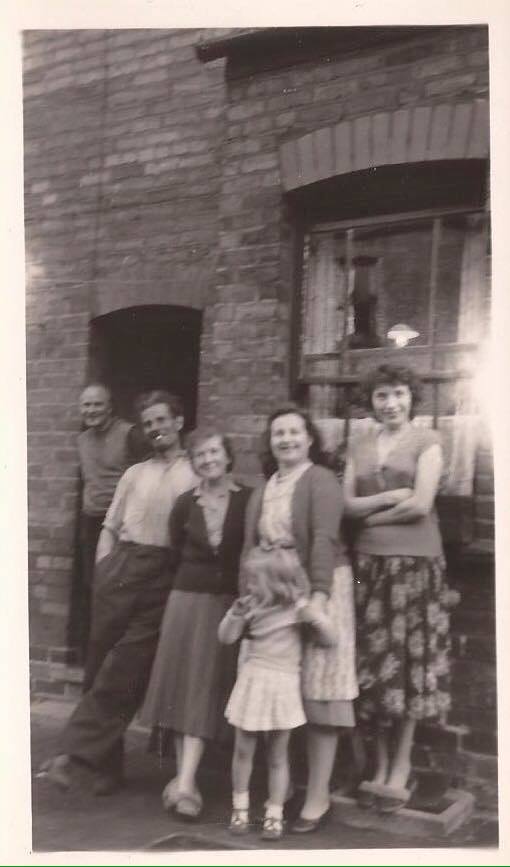 Roy Morris    this is me and my best man Archie Westby in the Havelock back yard just before going to the church look at the sign in the background [Ladies ] was it telling me something also a ciggy in my hand and i have never smoked maybe nerves.
Tony-Ann Miller Good pic... love the 60's fashion......look at Roy's smirk....always good to get some sound, solid, advice from your Best-man.... at your own convenience.... on your wedding day...." Roy for the last time....just say I will ".......... last pint at The Haveloch, and then a quick fag, before the condemned man finally jumps in to his taxi for the short journey to church... ???????? had the Best Man just untied you from that drain pipe from the night before? 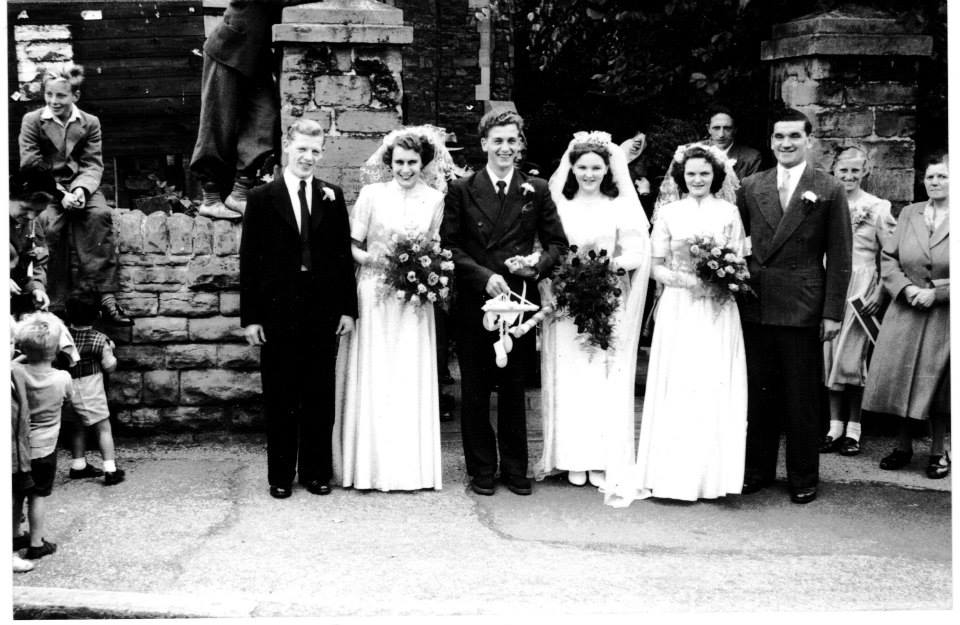 Dad was a hobby photographer in the early 1950's. He worked at Thomas Formans Printing works. These unknown wedding photos were found in his bits and pieces box. ....Janet Simpson Garrett 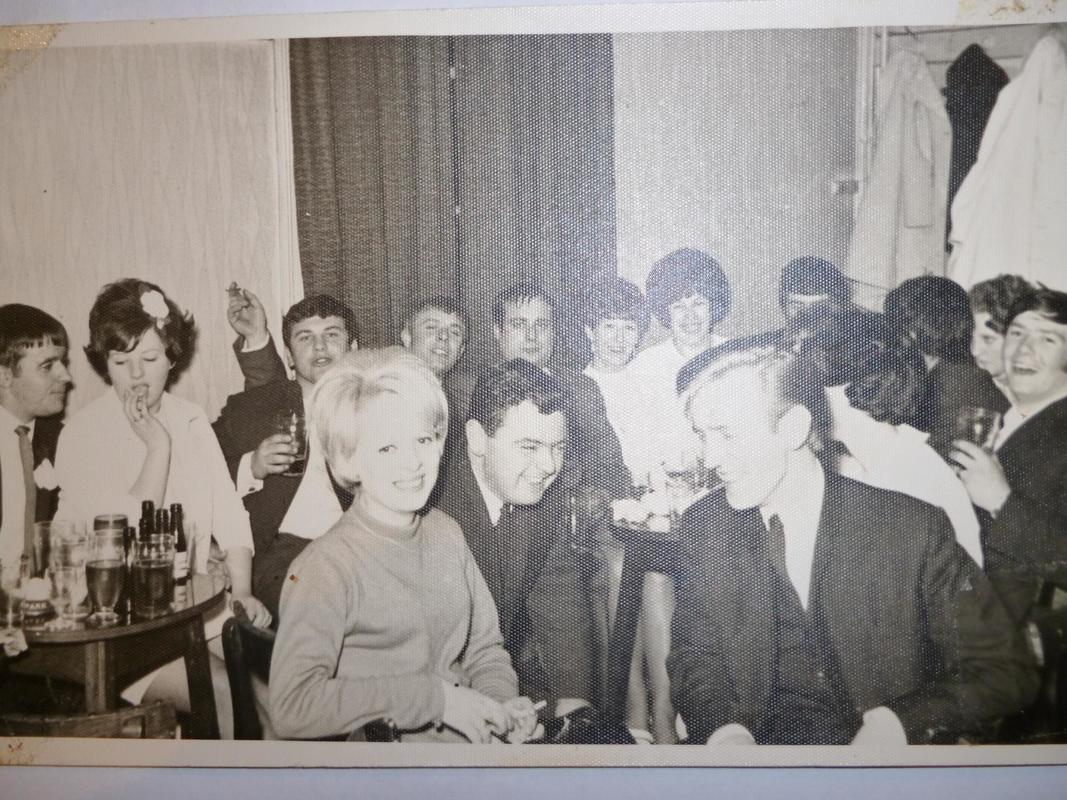 Janet Yeatman..... this is me & Dave at front with trevor etches between us .back row 3rd from left john saville. next to him mick wright,far right is Alan warrener.
Jiimmy Tawse ........ next to mick wright is Charlie redmond he was a tailor who lived and worked on peasill rd he made mine and wodge"s wedding suits.also i think thats Pete kellam in the corner not sure tho?.......sitting next to wodge is me Jeanette on the other side of wodge next to me is Hilary griff's mrs 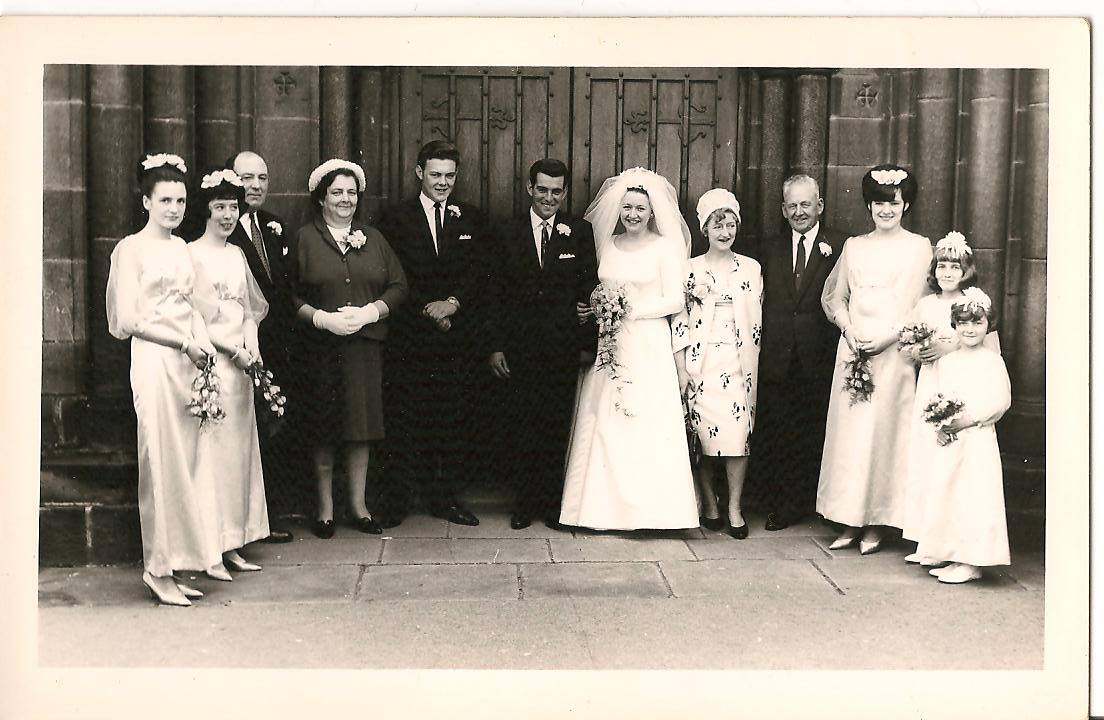 Sean Flynn  Here's an old Flynn family wedding photograph of my Dads older brother Paddy marrying his wife Diane. The ceremony itself was held at St Augustines RC Church on Woodborough Road. On the left hand side of the photograph 3rd and 4th in are my Dad's parents Tom and Mary (she was known in St Anns as Molly), next to her is my Uncle Tom and then my Uncle Paddy and his wife Diane, along with her parents, and next is my Auntie Peggy who was one of the bridesmaids. 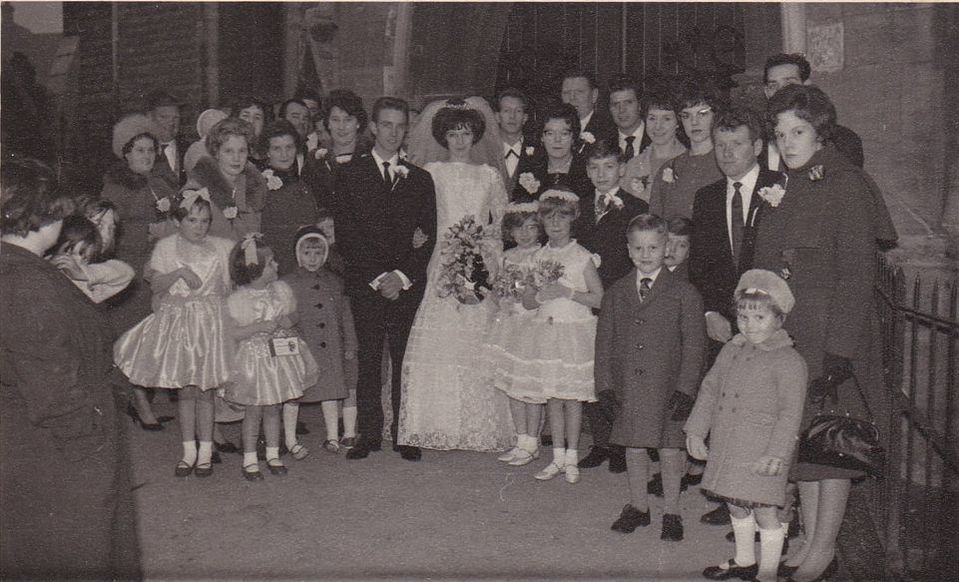 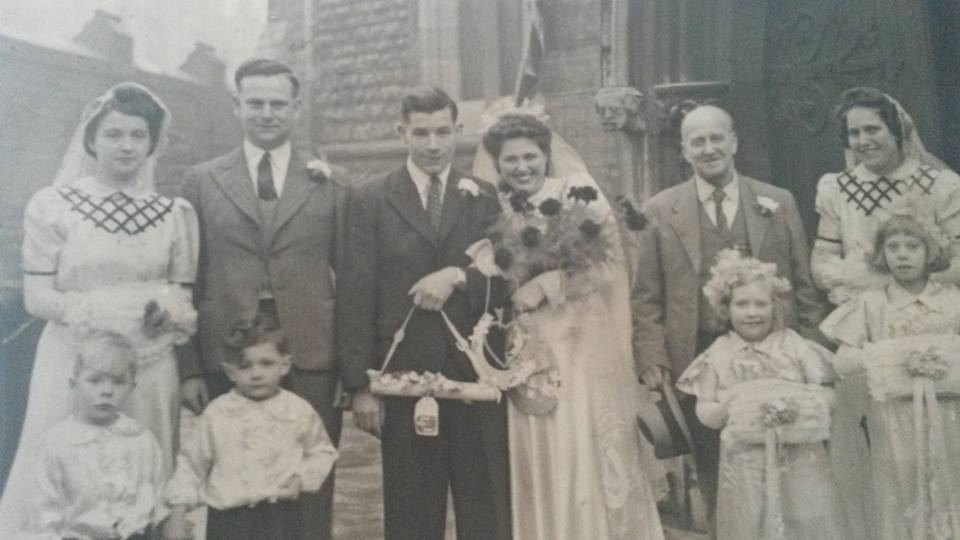 Sandie Gilvear...My aunt Joyce's wedding at St Ann's church. Not sure of the year but one of the page boys is my brother and he is 72 now. David Blackshaw Your mum is on the right as a bridesmaid and next to her is our grand dad Worrall from Lotus St. 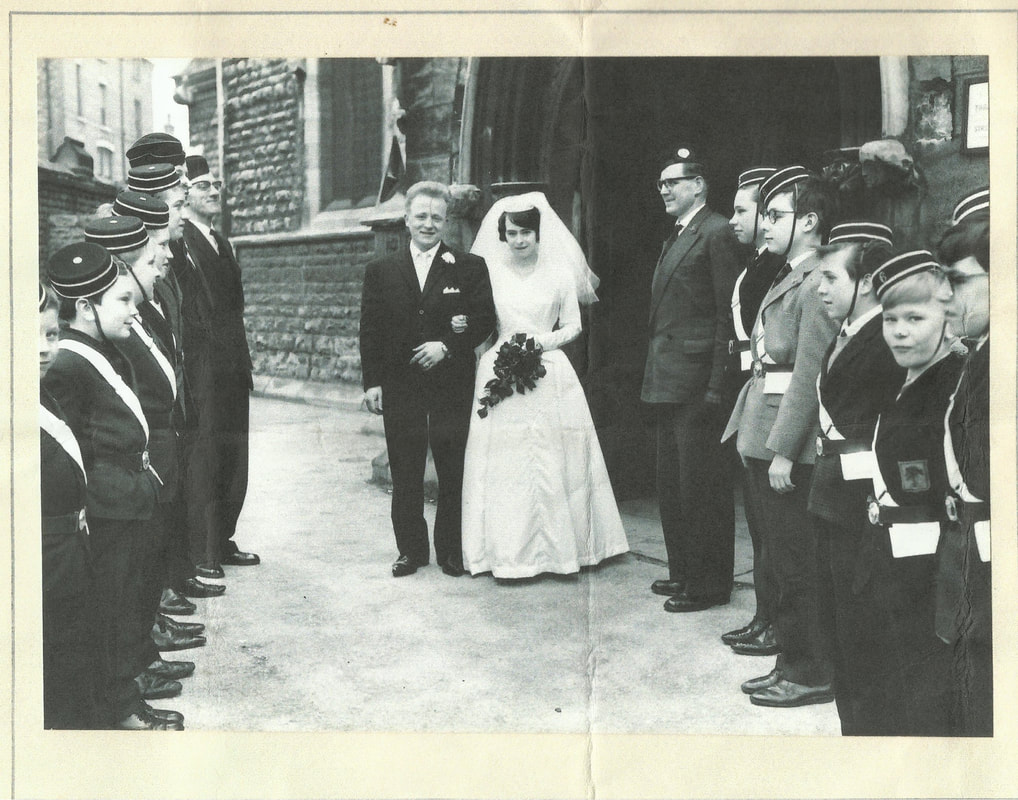 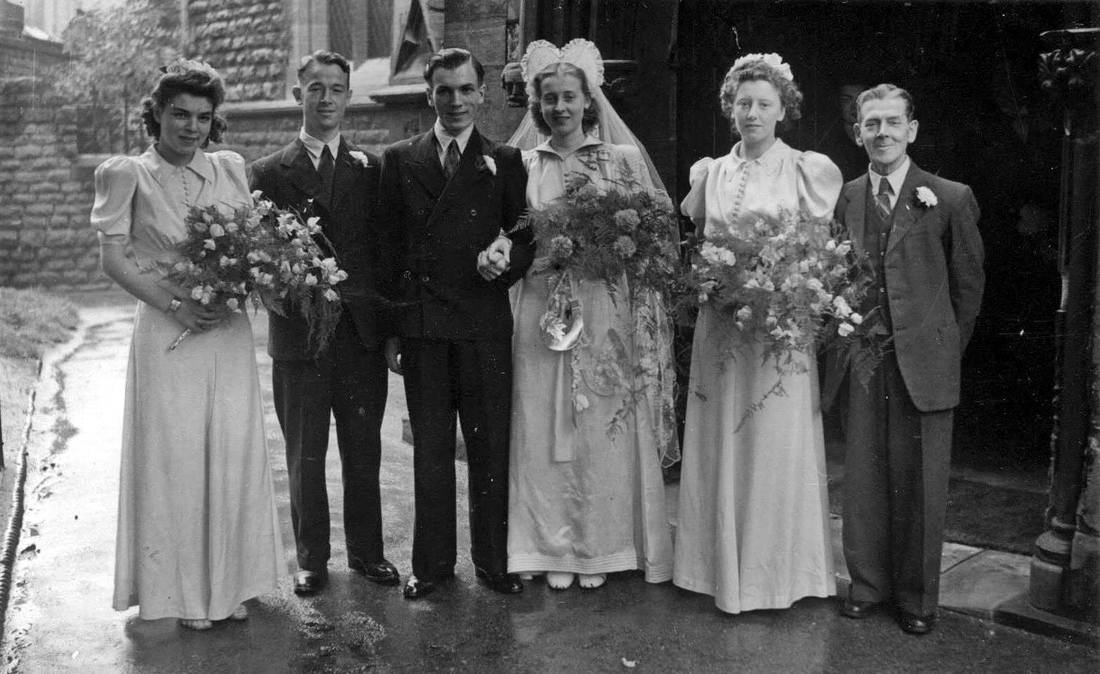 Steve Bloomer added this photo of his parents: "Mum and Dad getting hitched St Ann's Church 1946. 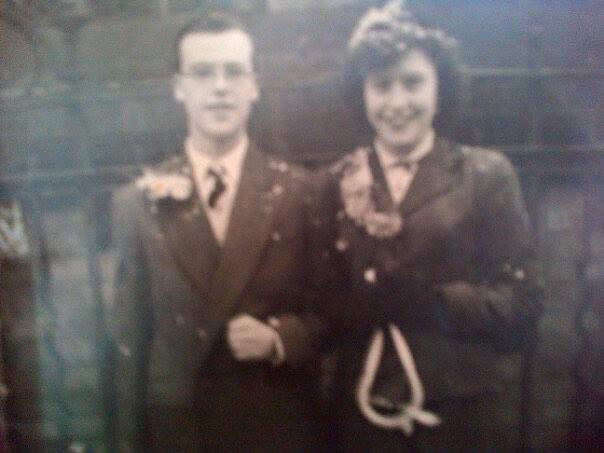 Teresa Cooke's parents...They were childhood sweethearts. My mum was formerly Dorothy Stone and my dad Roy Cook. They both lived on Lotus street as children. They met when he was seven and my mum was four. 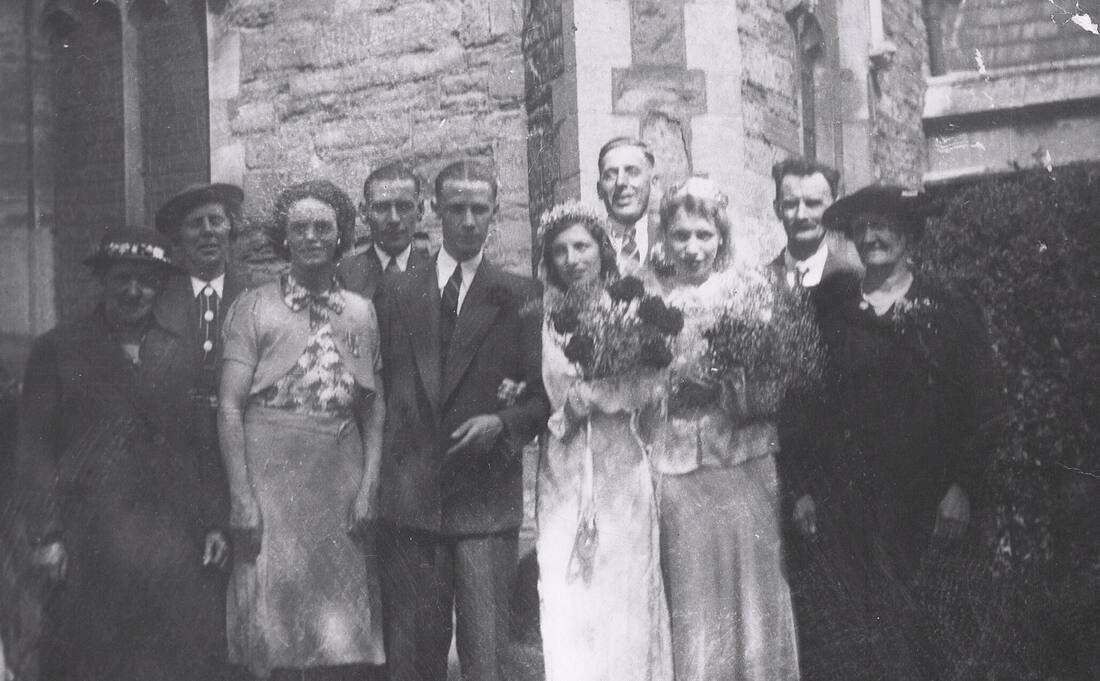 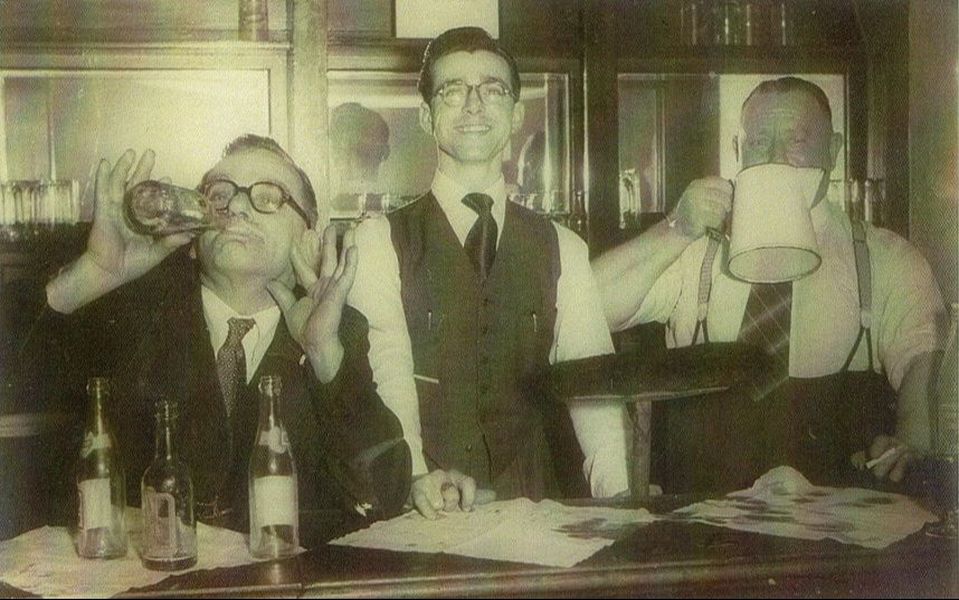 Wedding reception at the Admiral Dundas. Lots of laughter, that's what I always remember. My Dad is the one with the jug of ale. Loved you so much, Dad x  Angie Miles:
Proudly powered by Weebly