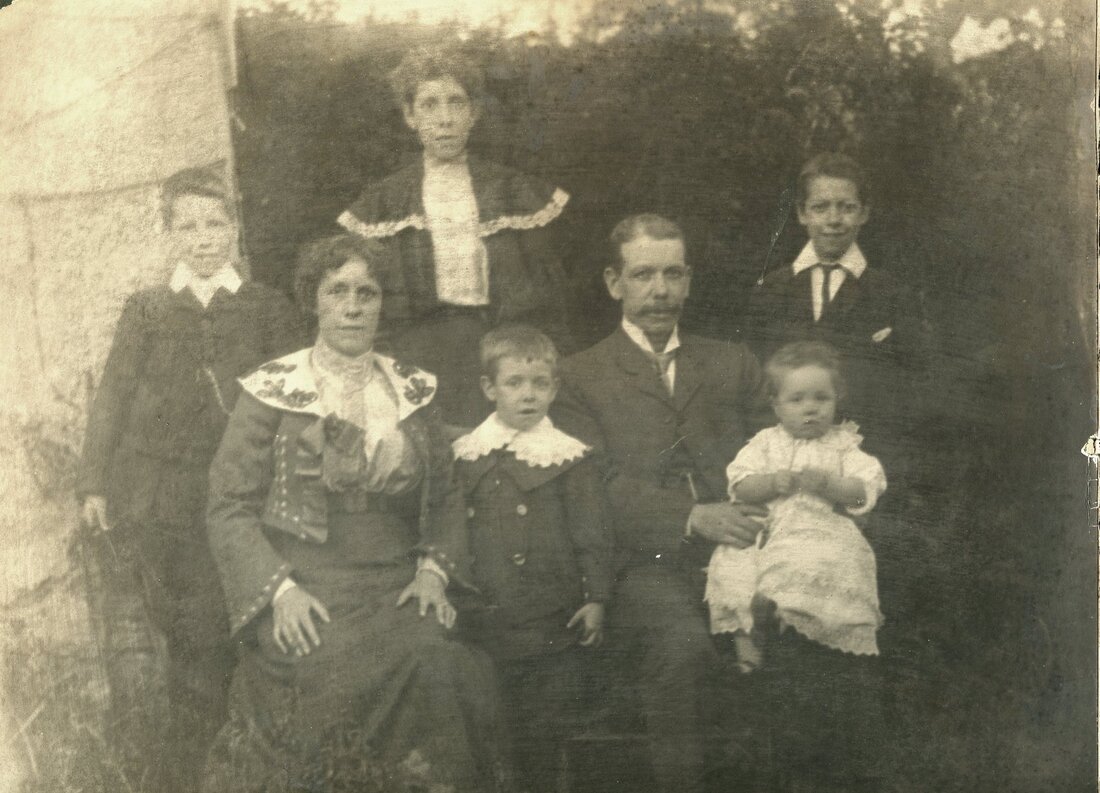 Terry Sleaford‎ ... 4 October 2019 · .... An old family photo. My Grandma Edith (nee Wilson) is the baby. She was born in May 1902, so this picture must probably date from 1903. According to her wedding certificate (1920) her home address at that time was 69 Brighton Street. The boys are Robert, Arthur, Fred. I don't know the young woman's name, but it all looks rather grand doesn't it? Edith married Harold Sleaford and they lived at several addresses around the city, ending up at 7 Ridding Terrace in 1940, their final home, where me and my sister would be born to their eldest son George in 1950 and 1951. 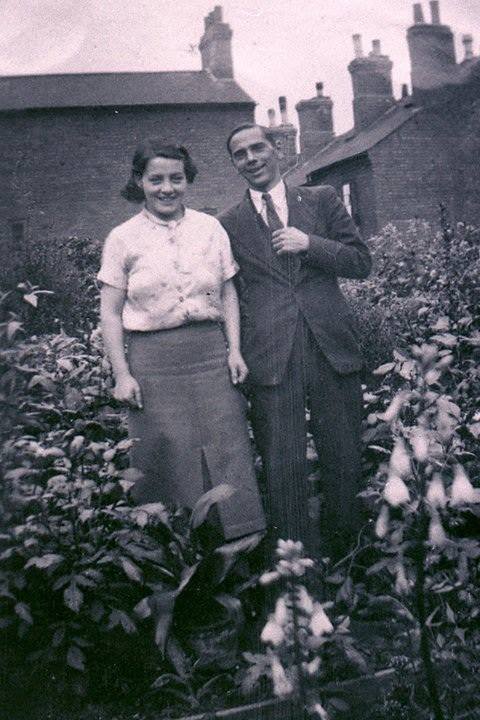 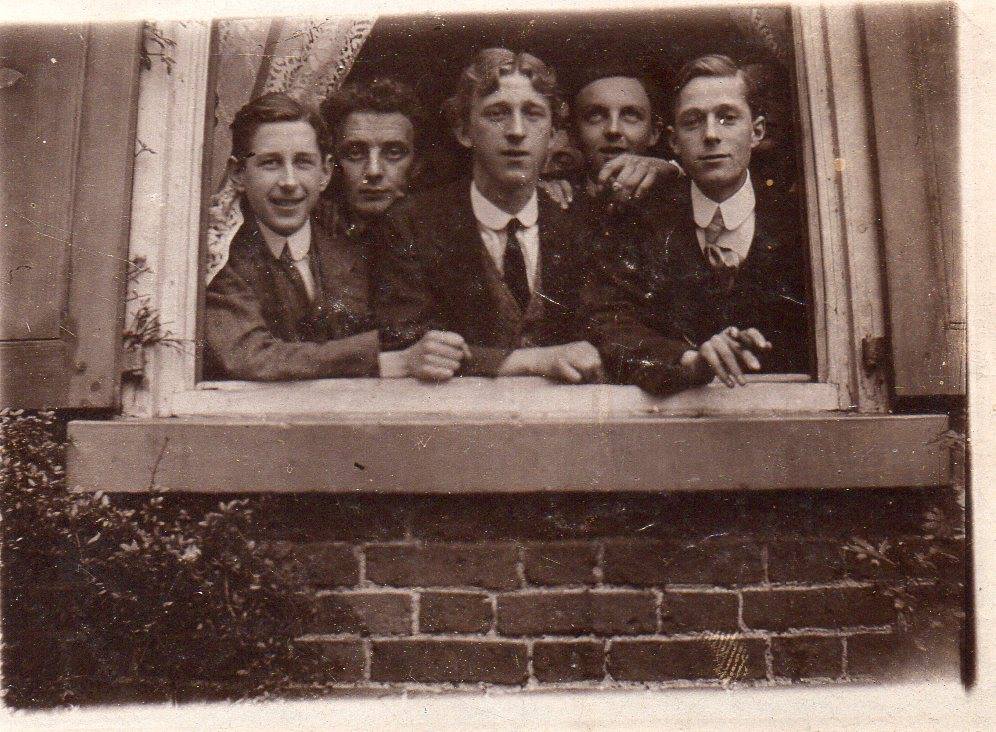 This picture shows my grandfather, Walter Bakewell (furthest right, holding cigar!) celebrating his 21st birthday in 1910, when the family lived at 256 Woodborough Road. There seem to be shutters on the window - is that likely? I understand they stayed up all night and then played football.
I can't name the mates, but one of them is probably his lifelong friend Balaclava Valradio Morley, known as Rado. Rado's father was a professional soldier who named his sons after battles and generals. Rado and my grandfather attended Sycamore Road School together. ...I remember my grandfather saying that they were a merry crowd in the years before 1914. He served in the Army in France during WW1 and later worked in Army Records in Nottingham. ‘Rado’, although from a Nottingham family, was technically an American citizen and returned to the US following the outbreak of war. I’ve no idea what happened to the others.Trish Gurney 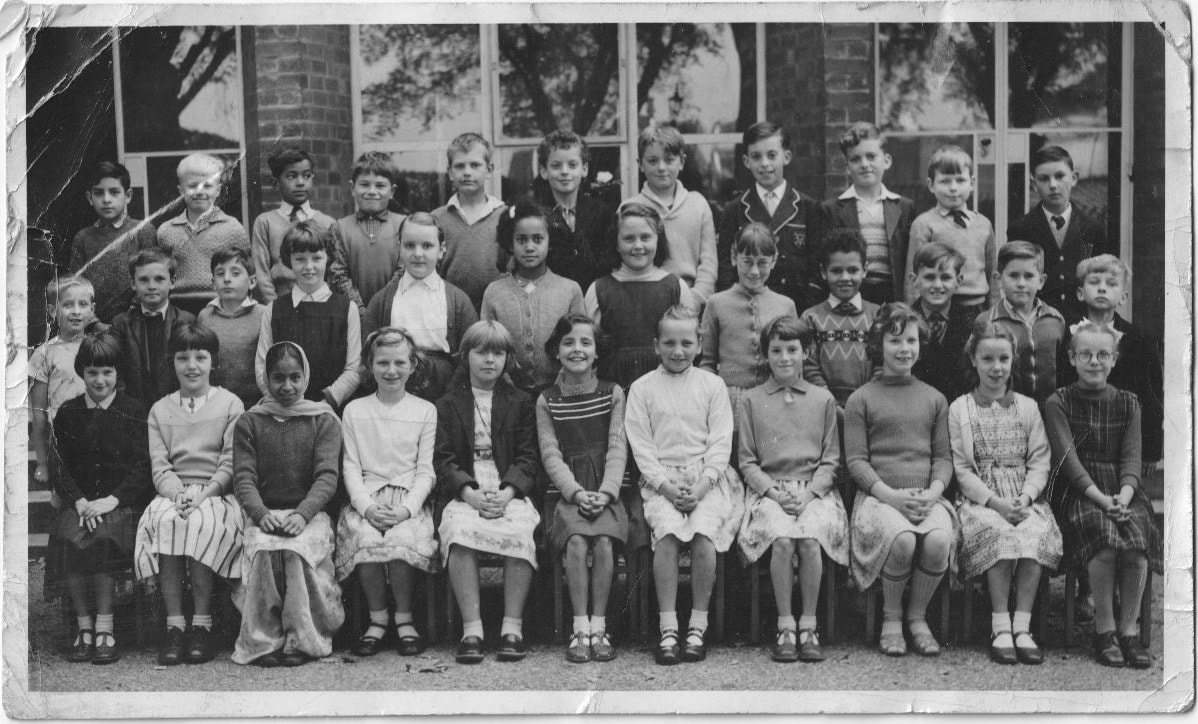 Here's a photo taken at Sycamore Infants school. I'm the one at the swing...age about four/six? One of the girls I remember is Susan Early, sitting in the left see-saw seat.

Carol Hart
I think there is a strong family resemblance between my great-grandfather William Bakewell (on the left) and his grandson Roy Lord (on the right).
William, a Lace Maker, was born at 10 Fyne Street and lived at various times on Freeman Street, Lily Street, Sycamore Road and Laurel Street, where he died in 1899.
Roy lived at 36 Dame Agnes Street for most of his life, initially with his grandmother (William's widow) and her second husband.
Both died far too young - William at the age of 33 and Roy at 43 in 1966.  (Trish Gurney)

My great-grandmother Elizabeth Ann Bakewell was widowed in 1899 at the young age of 30 and often worked far into the night mending lace to support her young family. Later in life she met a widower called George Smith and although they didn't marry until 1929, she often asked him to entertain her grandchildren. One day around 1923 or 1924 he decided to take my Dad, Ken Bakewell (left) and his cousin Roy Lord (right) to the photographer. Elizabeth apparently told him off for not taking his cap off, but I love these old pictures of him with the boys (Trish Gurney) 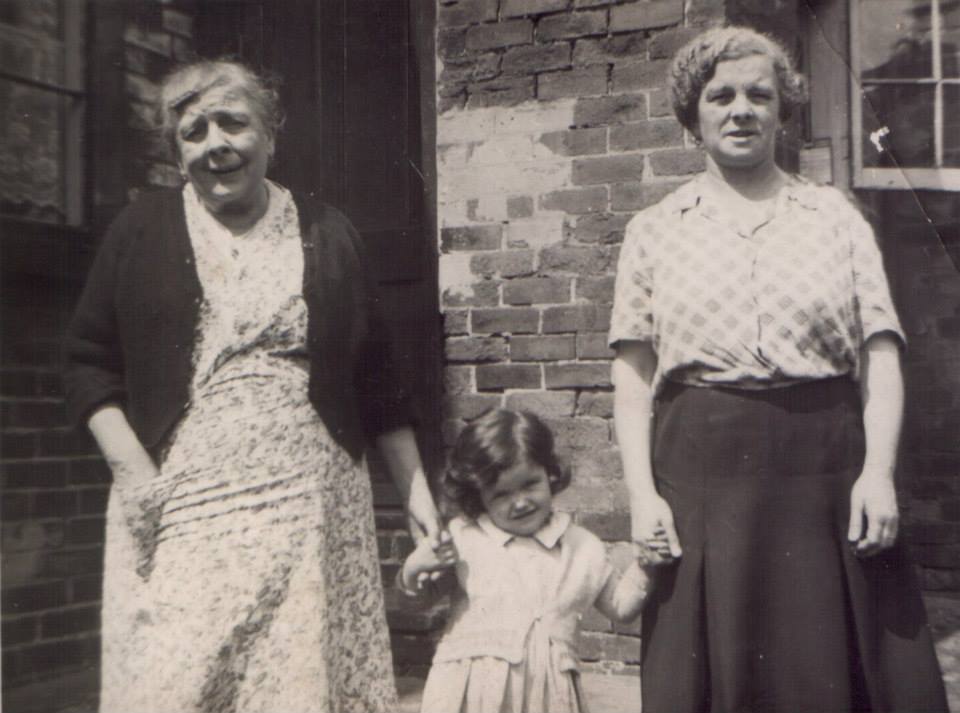 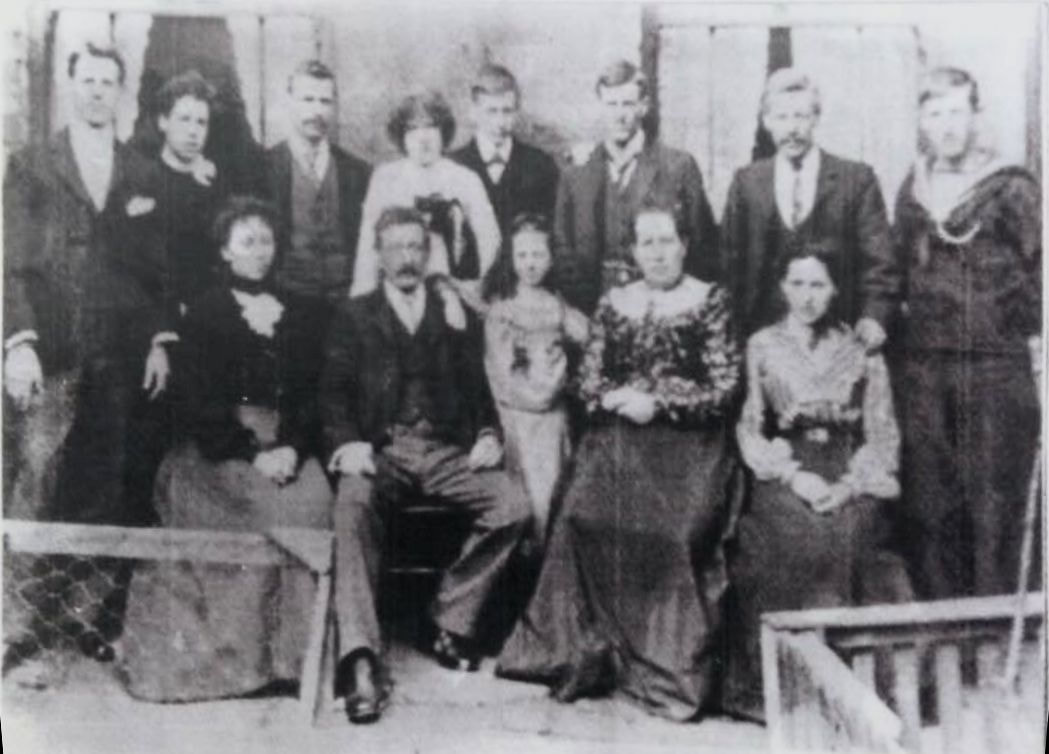 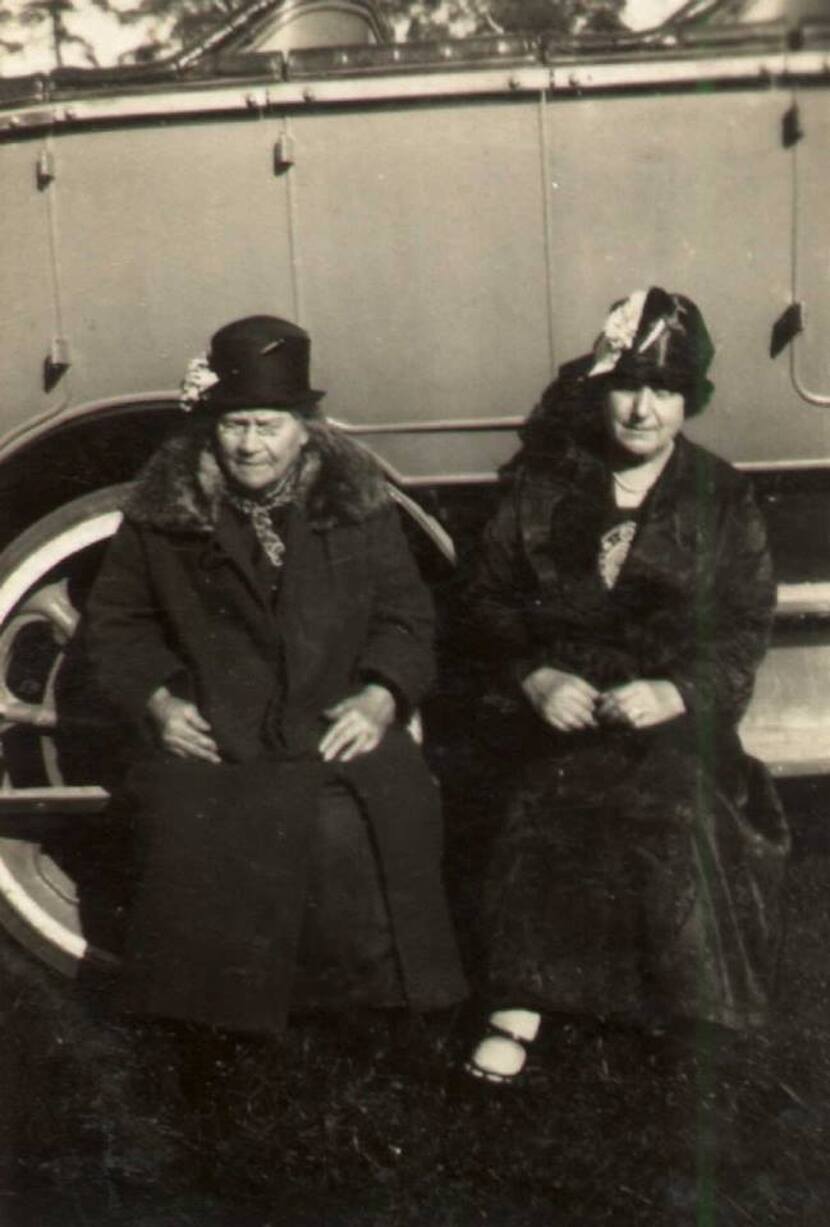 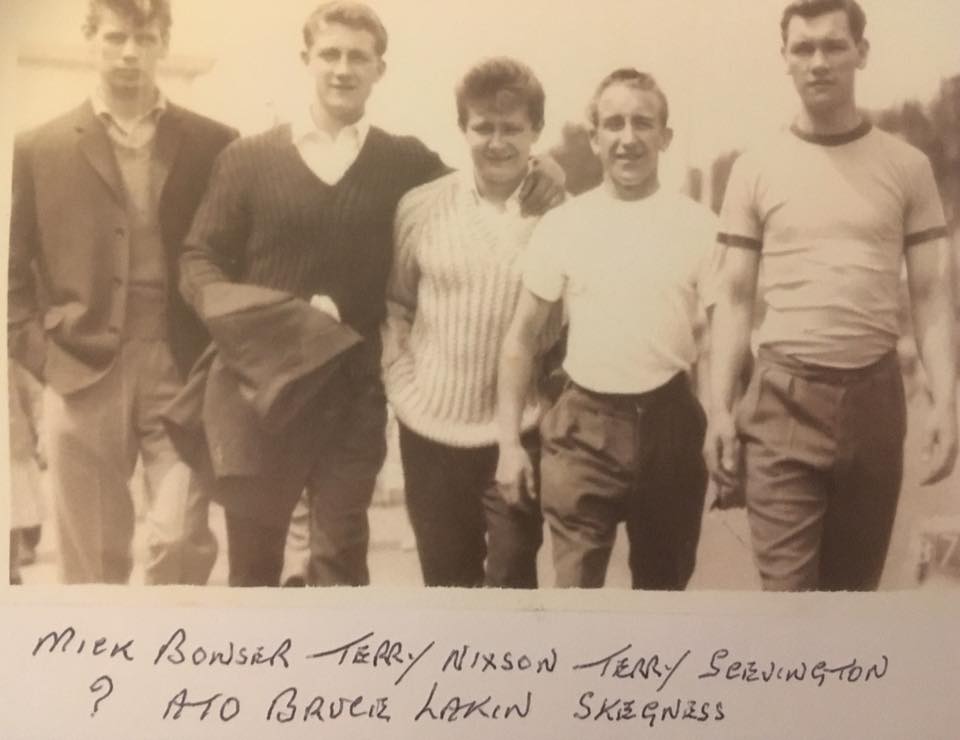 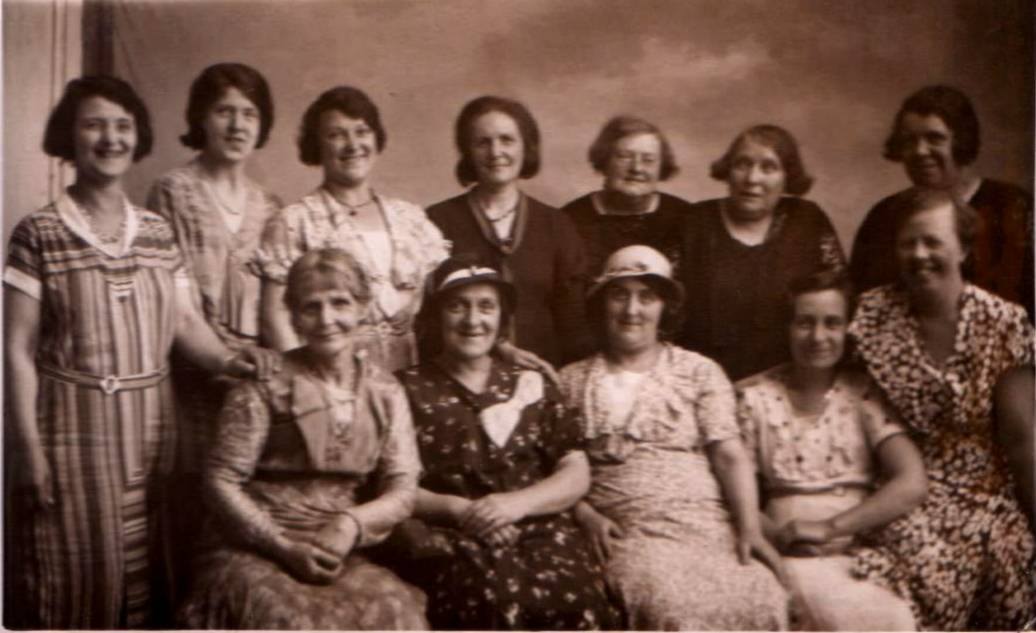 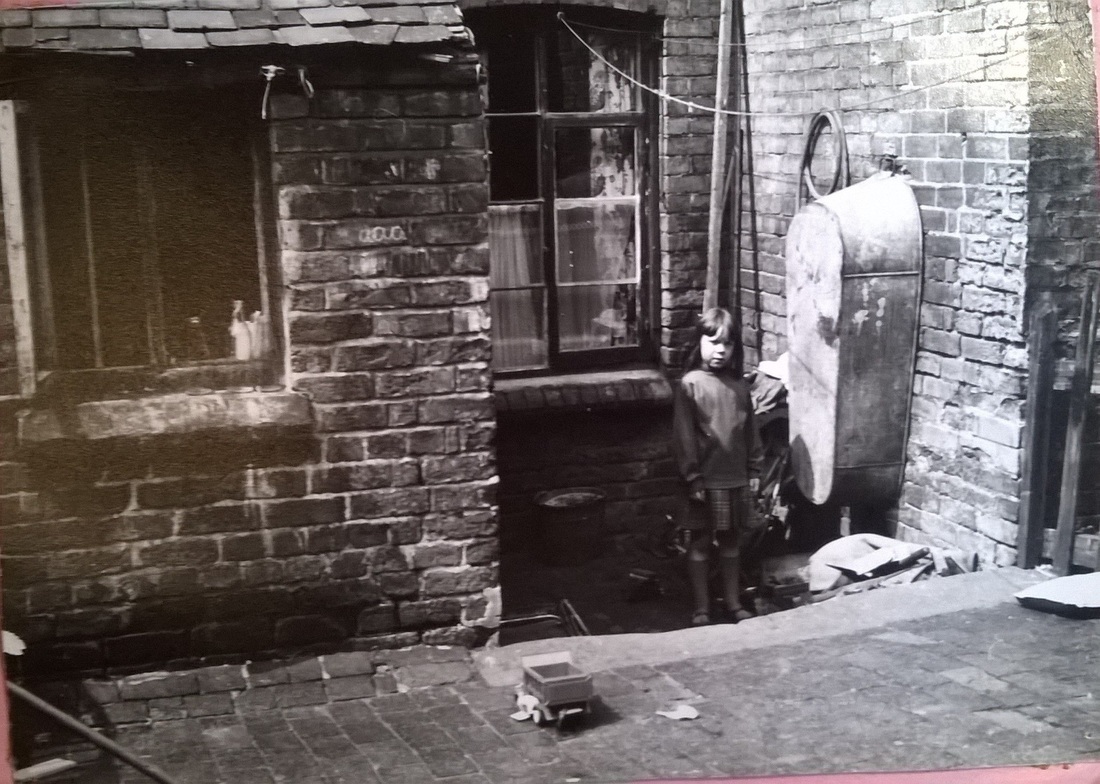 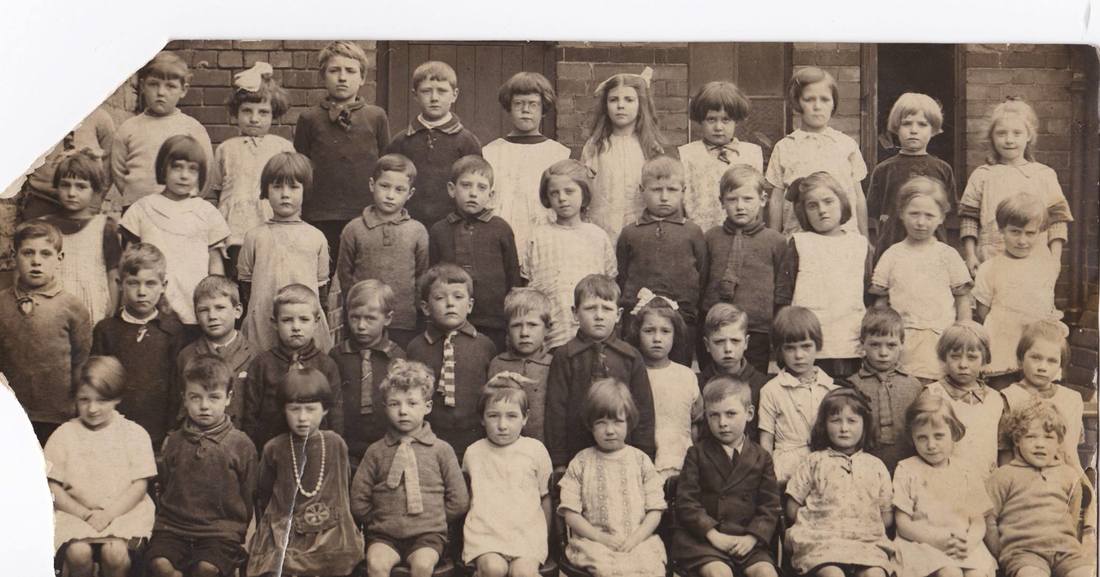 John Battershell My Mum is in pic somewhere, , date about 1928 she lived at No 9 Cromwell Terrace
Raqgged School 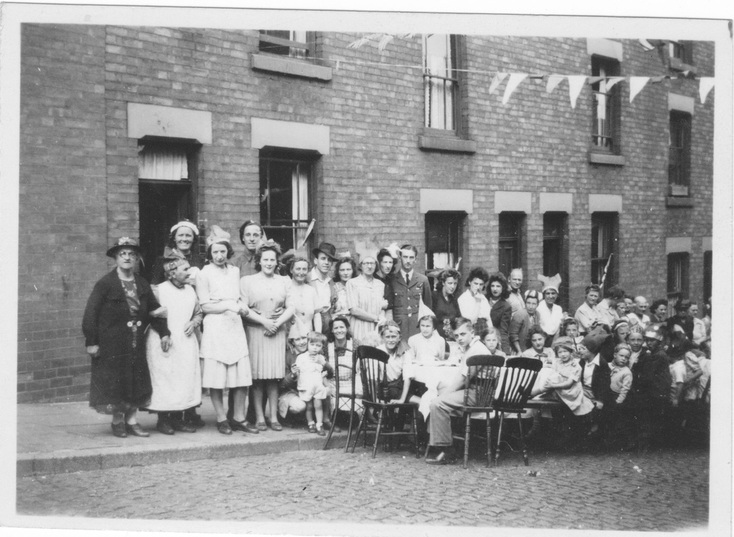 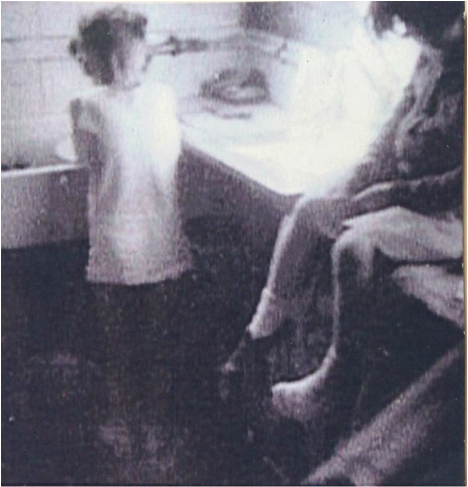 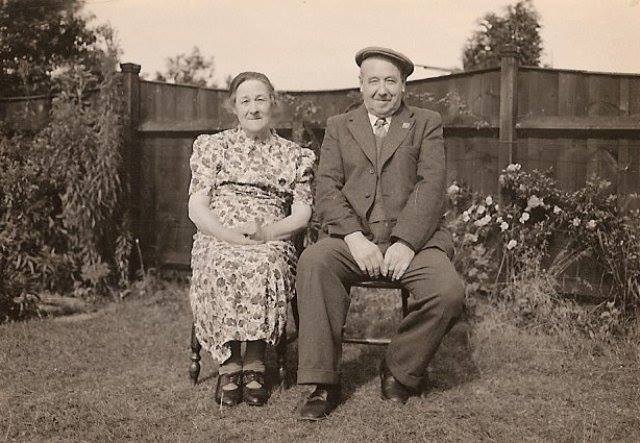 "Wonderful photo of my great grandparents John Herbert Clark and Ada Louisa (nee Stuchbury). They had five children and lived for many years at 13 Lavender Street. This photo is from around the 1940's. Mum and Dad lived with them for a while after getting married in 1955 before moving into their first home on Donkey Hill." .....Steve Clark 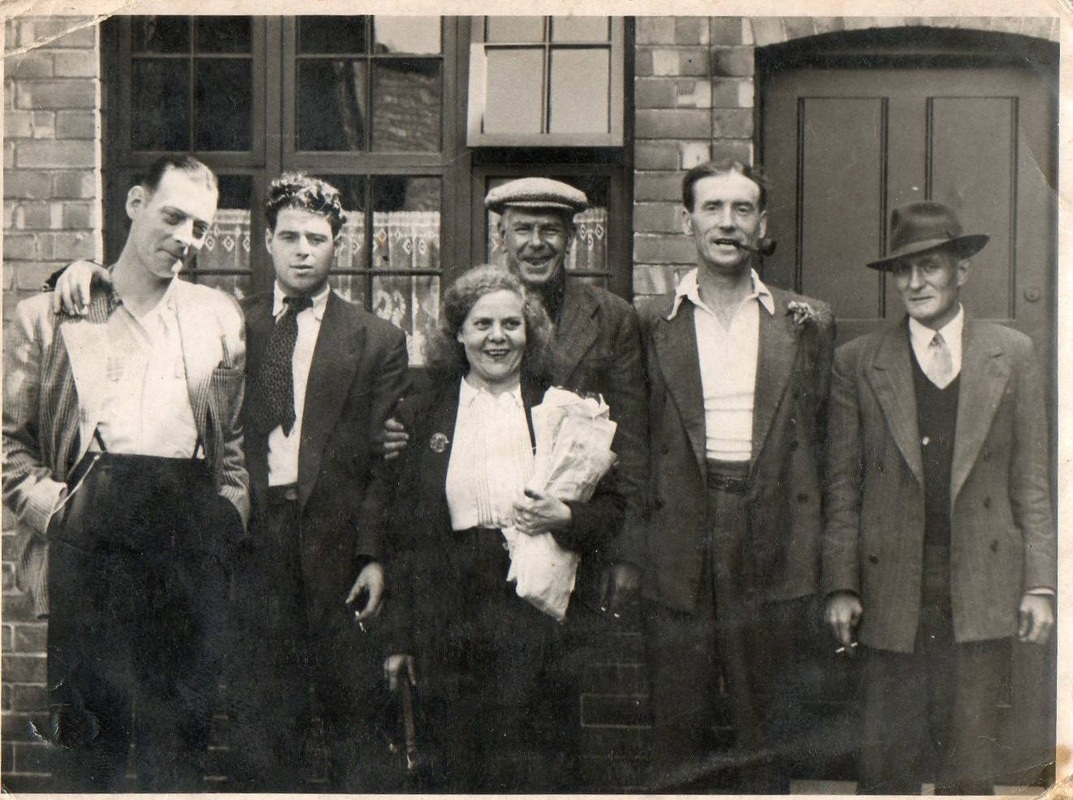 Photo shared by Jane Diggle....no names ...Do you recognise anyone? 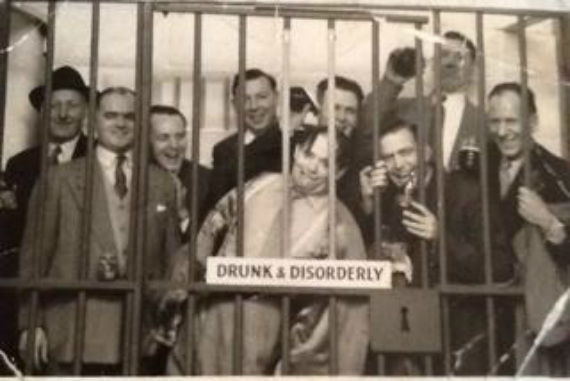 Jean Shacklock " Ben, here's the photo I was on about - your Grandad is front row second left"
Suggestions for this page welcome: - email sawr@iinet.net.au
website:
https://stannswellroad.weebly.com
facebook group:
​www.facebook.com/groups/StAnnsWellRdPreDemolition1970
Proudly powered by Weebly