'Bricks may crumble but the memories last forever' 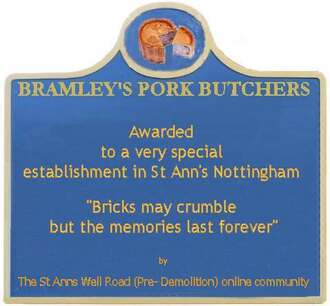 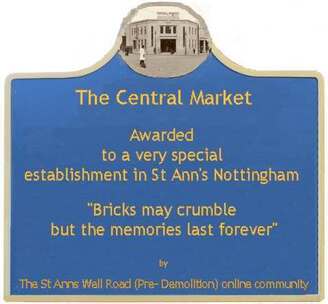 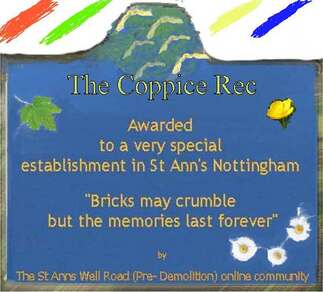 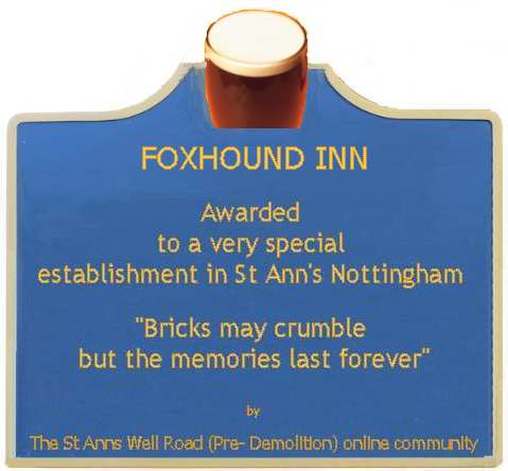 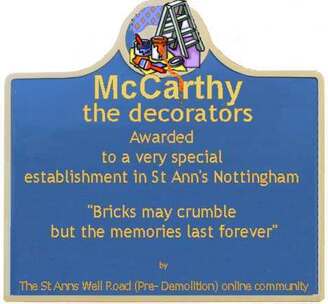 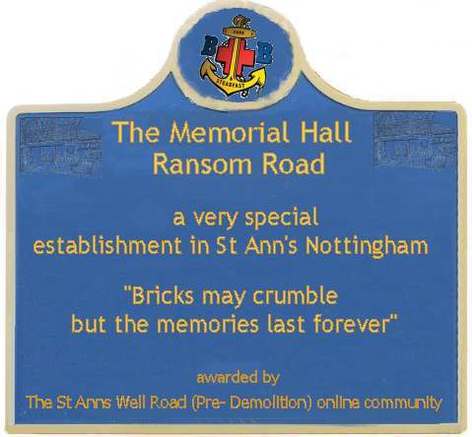 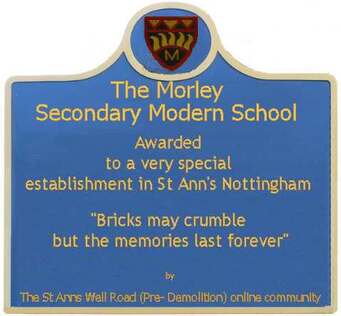 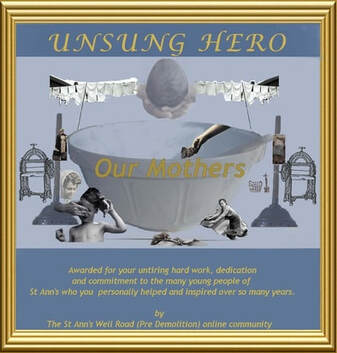 "OUR MOTHERS OF ST ANN'S WERE OUR JEWELS IN THE CROWN OF LIFE, MOST TIMES A LIFE OF STRUGGLE, HURT & PAIN - RARELY DID THEY WAVER FROM MOTHERHOOD THAT WAS SO IMPORTANT TO HER CHILDREN'S WELL-BEING -
BLESS YOU ALL DEAREST MOTHERS." 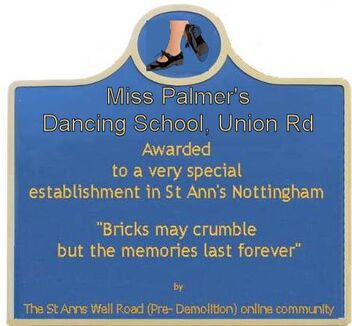 Miss Palmer's Dancing School
nomination :
Maureen Lightfoot: "enjoyed going to Miss Palmers,good fun & she had you working hard but it was worth it" 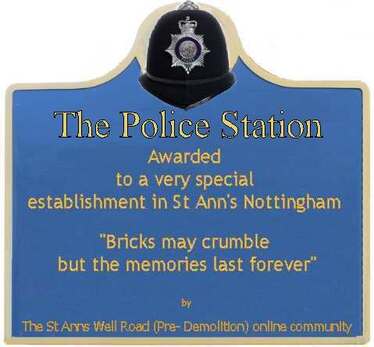 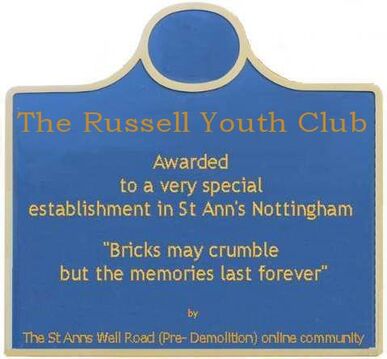 
​Nominated by Brian Garner
Spent some great times at Russell Youth Club, the driving force behind it was the late Mr Donald Potts and his lovely wife, always with respect called by us Mrs Potts, also always there helping out were Alan Clarke (ex Mayor of Gedling) and Terry Wardle. Mr Potts used to run the Russell Youth Club from an old church building on Carlton road next to the PDSA before the new club was built. 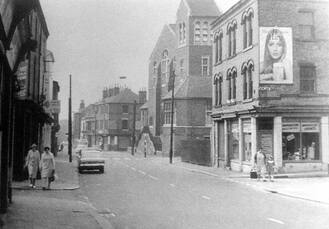 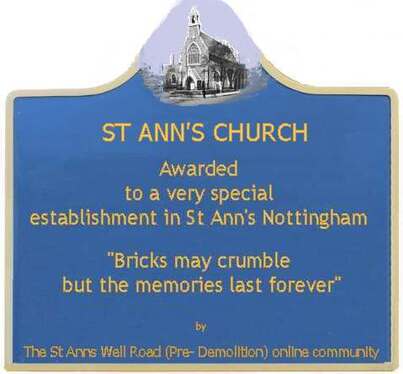 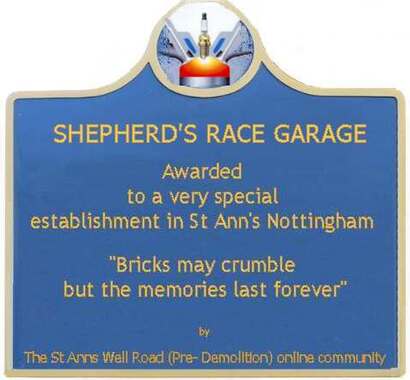 Shepherd's Race Garage
Recognised for its service to servicing, and
for its efforts to encourage young people in to
the fine world of motor engineering.
Nominated by:
Clarence George-Antonio Shim (Shimi) 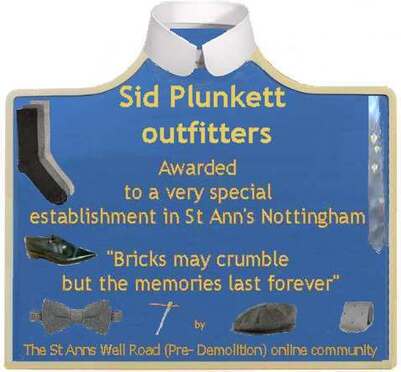 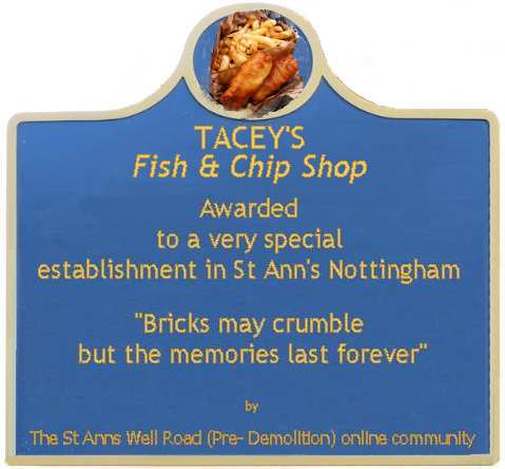 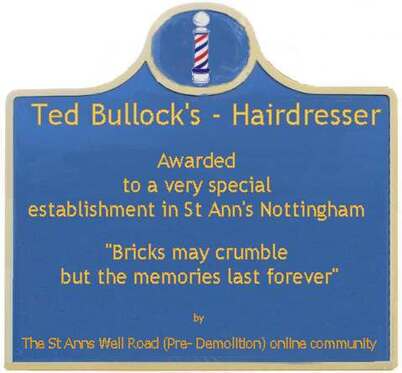 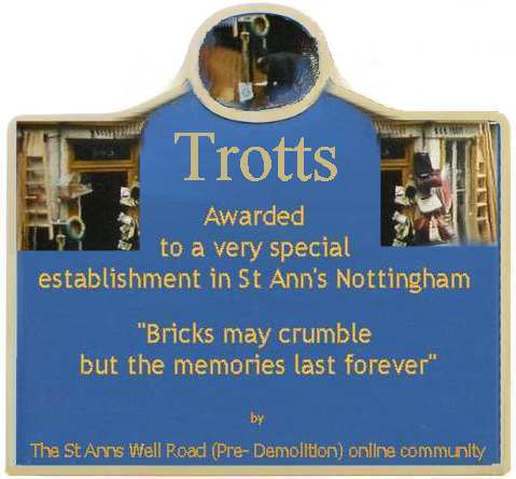 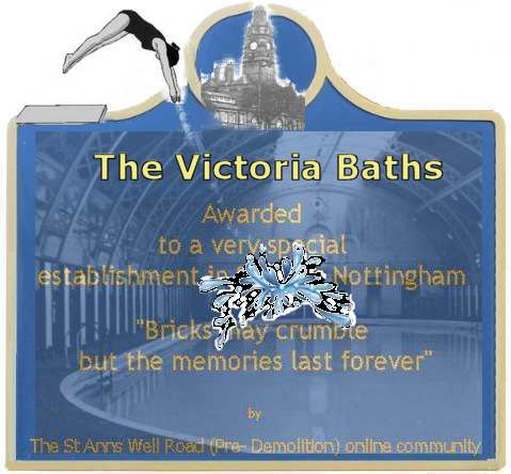