About 17 million soldiers and civilians worldwide were killed between 1914 and 1918.
Another 20 million were  wounded.
INTRODUCTION

As a result of the 'demolition' of 1970 the names of the fallen from the St Anns Well Road (St Anns parish) area were lost.
Consequently the admin of this site resolved to identify as many of the fallen as possible in order to right this wrong and honour them.

The search revealed others honoured elsewhere, those incorrectly recorded and also many who enlisted, served and returned.   This project honours all these men.

Many records were lost (burnt records) during WW2. Also, prior to WW1, hundreds of Nottingham-born boys emigrated to other Commonwealth countries and served under the flags of Australia, Canada, South Africa etc.  so this may never be a completed project!

We acknowledge and thank the Nottingham City Council's Project 'Roll of Honour - St Ann's District Virtual Memorial', in particular David Nunn and his team of researchers with whom we have collaborated.
CLICK HERE..

UPDATE  (30th October 2018) CLICK HERE
St Ann's Nottingham - Parish and Congregation Memorial
INSTRUCTIONS ON HOW TO USE THIS MATERIAL:

Download File
Note; The above 4 pdf files form a printable booklet (199 pages in total).
SUPPLEMENT TO THE ABOVE RESEARCH
For more  information about each street and it's residents (including WW1 service personnel) click here

Each person listed is linked to
Commonwealth War Grave records and/or
Nottingham City Council Honour Roll individual records - where more extensive research on individuals can be seen.
EVOLUTION OF THE PROJECT

St Mary's Church Memorial
The memorial remembers nearly 12,000 men of Nottingham and Nottinghamshire who lost their lives. One side of the base show the numbers lost from each of the Nottingham parishes.


The St Ann's Church memorial  recorded  301 men  That memorial has now been lost to history;  it was not re-installed in the new church after the re-development of 1970.

Early July 2012 we began thinking about the The Great War 100 year commemorations.
"I have been discussing with Tony the fact that when the churches were demolished in St Anns the honour boards dedicated to these men also disappeared with them... - We should remember them ......."Lest we Forget".......Mavis"

July 5, 2012 ·
As Mavis has indicated, another drastic effect of the demolition in 1969/70 was that most of the churches in St. Ann's were knocked down....and no doubt all of them had remembrance areas inside, plaques, records, list of names etc... all no doubt lost along the way, and what a terrible shame...It would be so interesting if one could create a list of the young men of St Ann's who were lost in WW1....Which Street they came from? what age were they, when they were taken? and what job did they do for a living, before they they enlisted? photographs in uniform.... It would be a very interesting & fascinating document and create such a visual picture of St.Ann's during this terrible time...... especially when you consider that it will be 100 years since WW1 started in a couple of years time 2014.........Food for thought.....

A very interesting subject....already we are starting to receive some fascinating personal stories of the young men from St.Ann's that served in WW1. 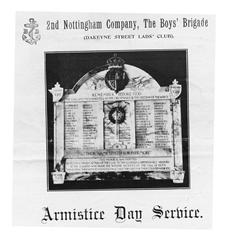 ‘True to their honour, St Ann’s Memorial.
The church of St Ann’s, Nottingham, was filled to its utmost capacity last evening, when a crowded congregation gathered to acknowledge the debt due to the 300 men of the parish who gave their lives in the defence of their country during the war, and to take part in the ceremony of unveiling a handsome memorial of oak panelling which has been erected round the chancel.
The unveiling was performed by the Mayor (Ald. H Bowles), who was accompanied by the Town Clerk (Mr WJ Board), the latter reading the lessons.
Others taking part in a most impressive service were the Rev HT Hayman and the Rev. M J G King (vicar).’  (www.britishnewspaperarchive.co.uk)
Unfortunately all of this information was lost when the beautiful commemorative board, which was held at the Memorial Hall on Ransom Rd  - (which I well remember through my Boy's Brigade day's) disappeared after the demolition.

I have personally searched for the board for a long time only to find that it was destroyed when it changed over to a Supermarket during the demolition with several different owners....very frustrating...St.Ann's Church can't find records... Southwell Dioceses can't seem to help me, and the archives seem to struggle a bit....but then again online research isn't one of my strong points....

Let's see if we can name the brave young men who were lost from S.Ann's in readiness for the Centenary Celebrations.
Tony.
The Men's Institute Memorial Plaque
Link to maps of the streets where the men named on this memorial lived
THE CANON LEWIS MEMORIAL HALL, RANSOM RD (COPPICE RD) 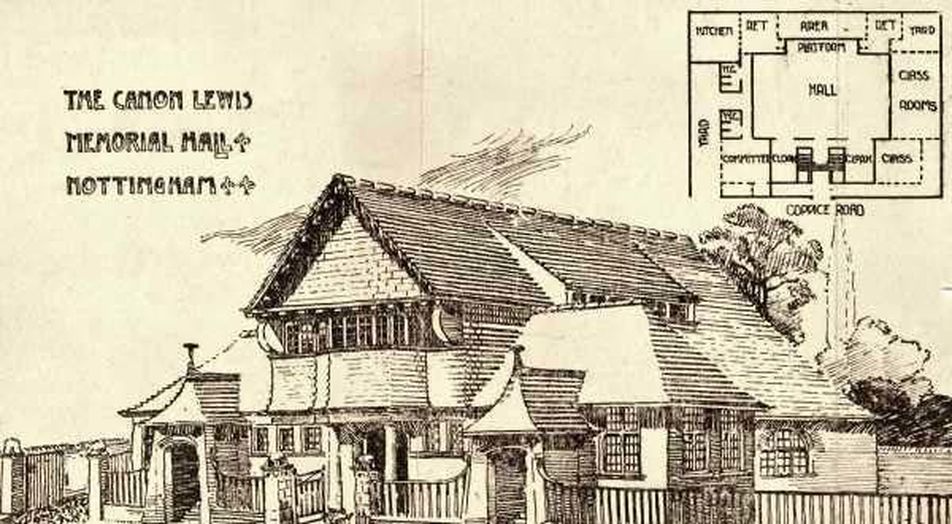 MEMORIAL DAKEYNE ST LAD'S CLUB - BOYS BRIGADE  Click here
MEMBERS OF THE FACEBOOK GROUP BEGAN POSTING AND SHARING STORIES - HERE ARE SOME SAMPLES:-
AUSTRALIAN CONNECTION
Malcolm Fox: I should have added that 1/1 Battery were attached to the 3rd Australian Light Horse Brigade from early 1917 to 1919. This brigade consisted of the 8th, 9th and 10th Light Horse Regiments (from Victoria, South Australia and Western Australia respectively) the battery was also called upon to support 4th ALH Brigade in their charge at Beersheba- which may not mean much to us over here but is a revered event in Aussie Military History
CHARLES ALDERMAN BRADLEY
Roy Beryl Morris: I remember my mam telling me about WW1 .Her elder brother was killed landing in France in the first days of war he was I am told the first Nottingham "boy" to be killed 22yrs old it was October 9th 1914
His name was Charles Bradley he was in injured in France, brought back to England and died on October 9th 1914 -  don't know which regiment but easy to find out I have my mother's family tree back to 1732 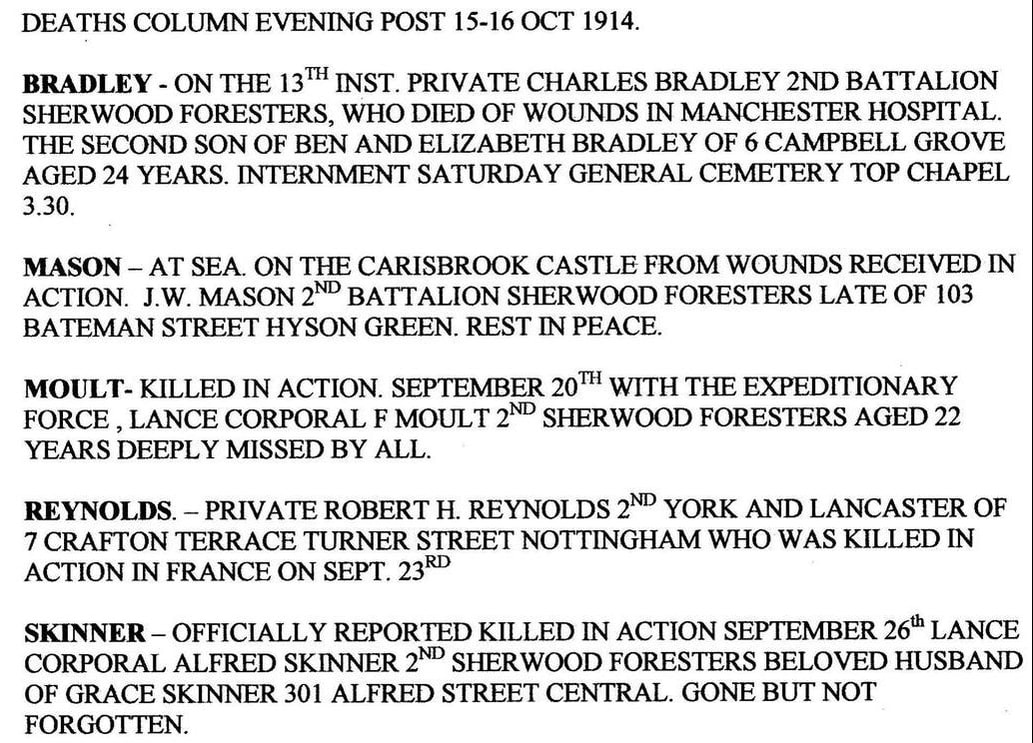 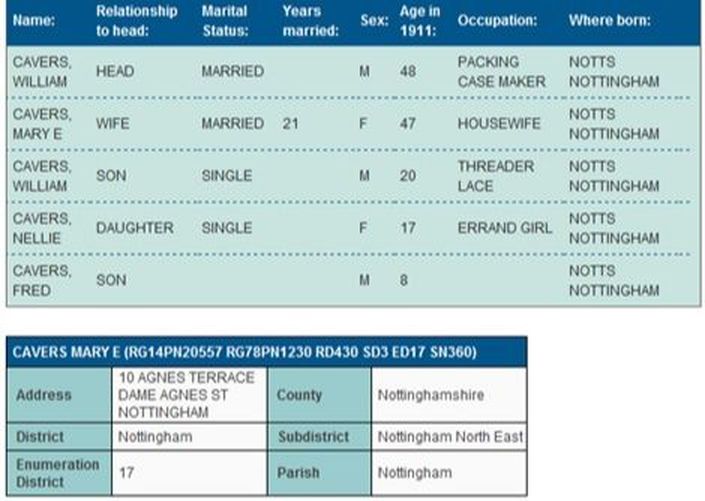 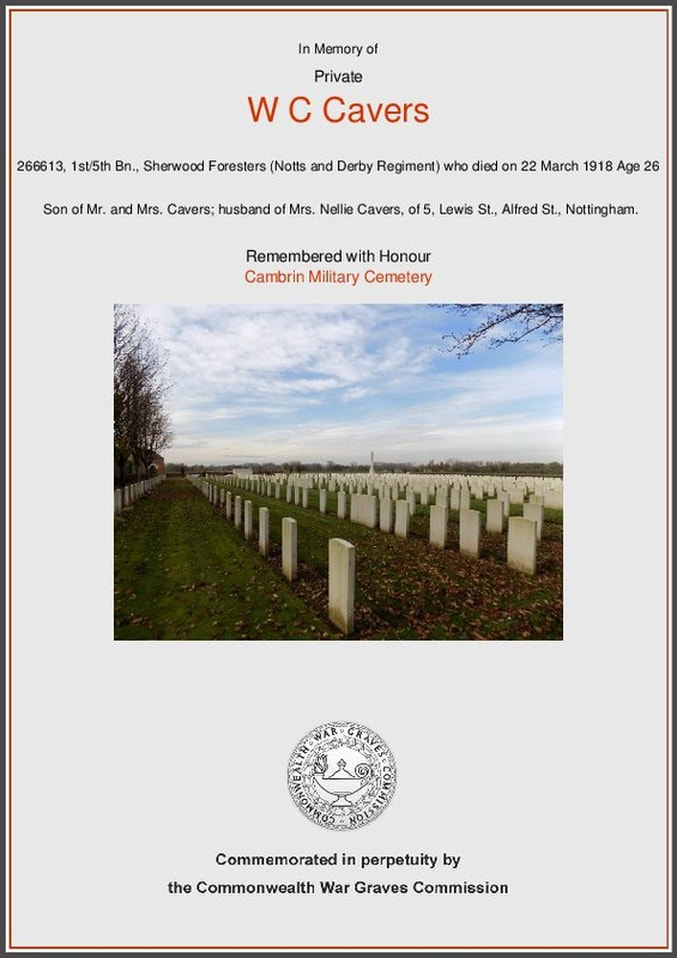 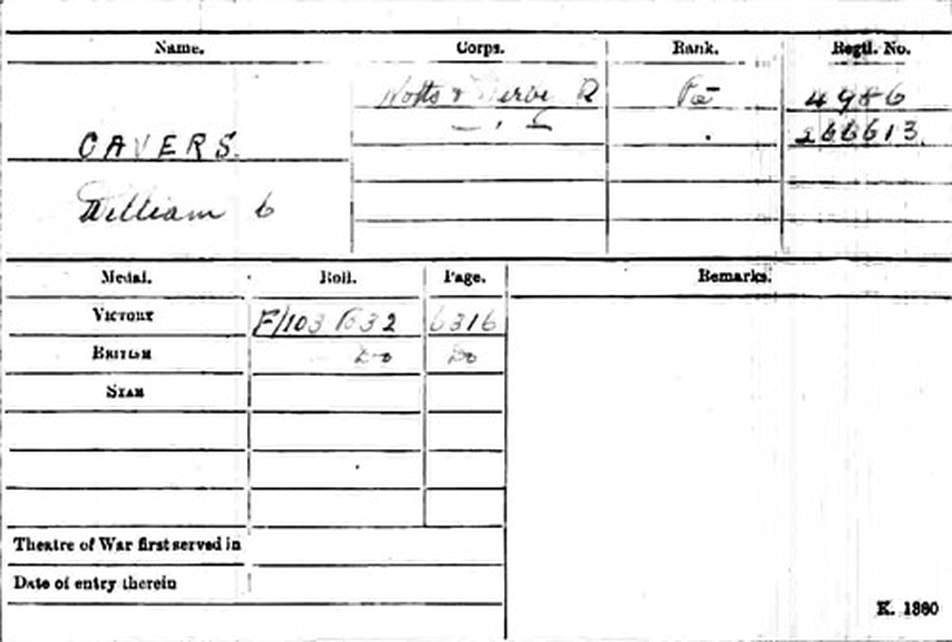 DEATH CERTIFICATE - provided by family through the internet 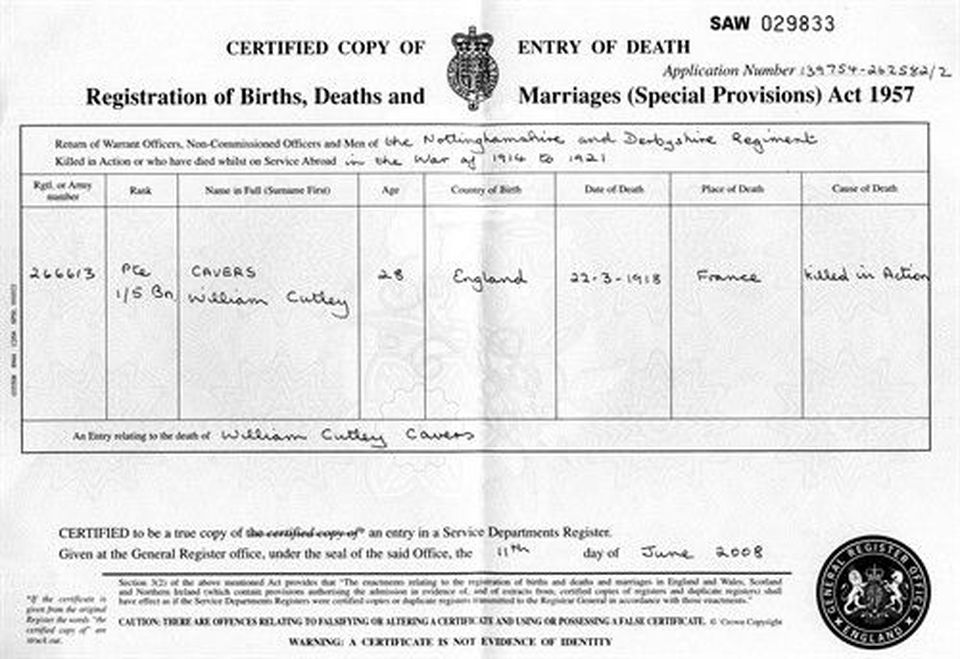