NOTTINGHAM PRESS
and other articles

Download File
NOTTINGHAM BLITZ
There were 11 bomb attacks in Nottingham during the WW2, and only one of them was considered serious, if compared with other cities in England. The worst attack occurred on May 8th and 9th of 1941, with a total of 159 people killed and hundreds injured. There were 95 aircraft attacking Nottingham, but some of them were diverted from the city by the RAF false signal and intentional fires in waste ground away from both Derby and Nottingham created to fool the enemy, where the only casualty was livestock.
But there were still a great damage, all across the city, from the edge of Mapperley Park to The Meadows. The places worst hit were in London Road, Sneinton, Colwick Road and Carlton Road, although the place where more casualties happened was at the Co-op Bakery in Meadow Lane, a total of 48 people died and 20 were injured. There was a memorial plaque remembering the deaths at the bakery, but after the site was sold the plaque was moved to the Wilford Hill Cemetery.
The table below shows some of the locations hit with more information on how it happened, and we can see that the losses of that day were many. The Nottingham Blitz was not the most heavy attack that Britain received during this time but the impact was severe.
Reference:
Hardy, Clive, 1989. Nottingham at War: A Pictorial Account, 1939-45. 2nd ed. Nottingham: Archive, 1989, c1986.
J. Brooks, Robin, 2013. Nottinghamshire and Derbyshire Airfields (Airfields in the Second World War). 1st ed. Newbury: Countryside Books. John Beckett, 1990. Book of Nottingham. Edition. Barracuda Bks. 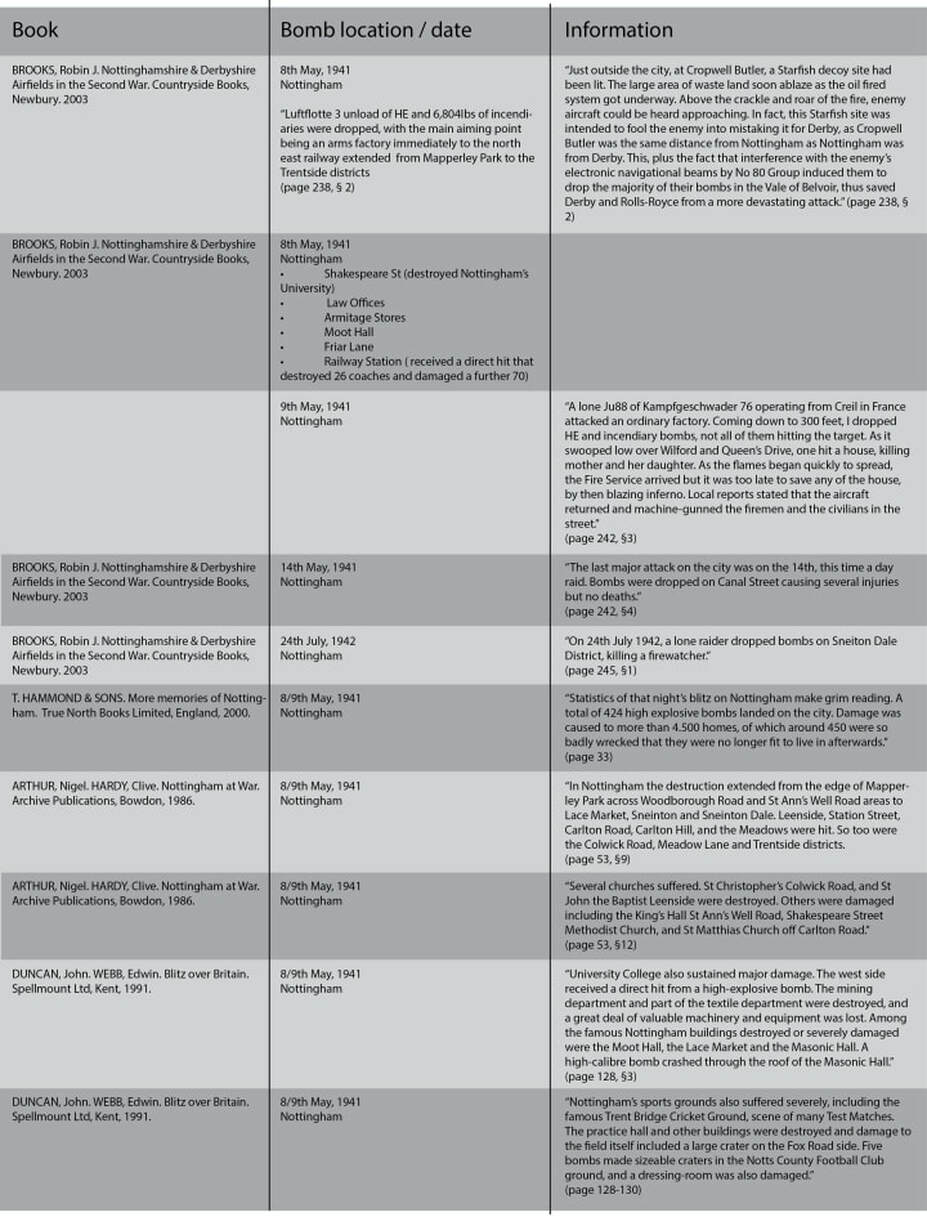